Another two-for-one – a double espresso, if you will.

It would seem that plaques dedicated to dead coffee shops from London-gone-by are almost as numerous as signs for a certain Seattle-based chain of coffee emporia prevalent in modern London. 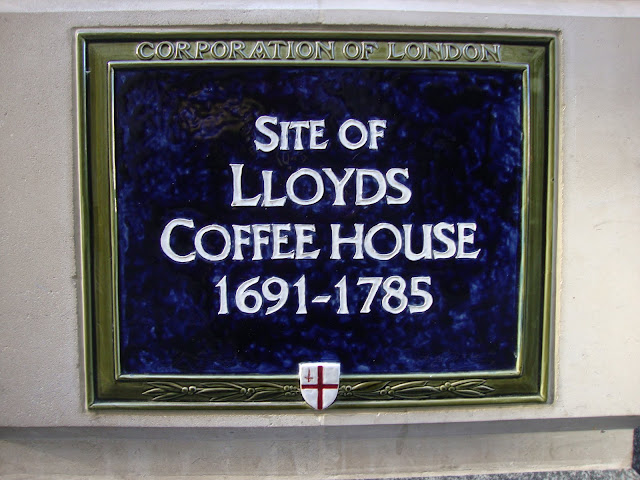 The importance of coffee houses in the history of The City cannot be understated. It was at the coffee house of one Edward Lloyd in Tower Street that Lloyd’s of London was founded in 1688. 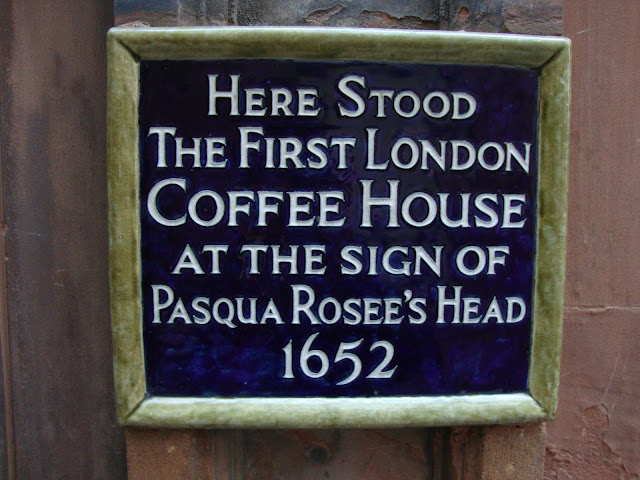 … an Armenian servant of a coffee importer by the name of Daniel Edwards, opened the first coffee shop in London, just off Cornhill, in 1652. Rosée was also responsible for the first coffee house in Paris in 1672.


By 1675 there were more than 3000 coffeehouses in England (cue another joke about a certain Seattle-based chain of coffee emporia having 3000 in one street). King Charles II, however, wasn’t so keen on ‘em. He believed them to be "places where the disaffected met, and spread scandalous reports concerning the conduct of His Majesty and his Ministers."