Fred Russell (born Thomas Frederick Parnell in 1862) is widely regarded to be the founding father of modern ventriloquism. It was Russell who pioneered the single, knee-sitting dummy. 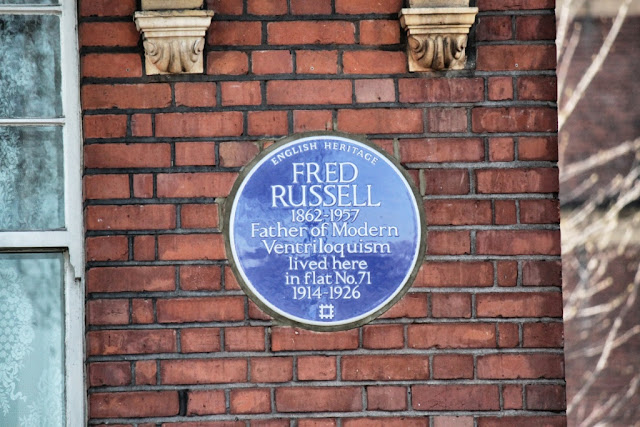 He started his working life as a journalist and although his “hobby” eventually made him an international star in his day, his life is shot through with London locations and references. He was born in London, edited the Hackney & Kingsland Gazette, his dummy was named Coster Joe, he lived in Putney and died in Wembley at the age of 95.

His career spanned the eras of both Music Hall and television, and by the end of his career he was billing himself as “The World’s Oldest Ventriloquist”.

In his honour I have typed this post without moving my lips.