The achievements of Sir Isaac Newton are well documented and his discovery of the Laws of Gravity has become the stuff of legend. 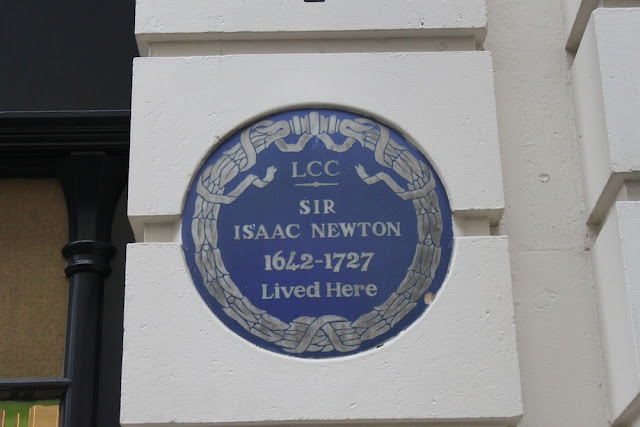 Can there be such a thing as an iconic scientist? If so this man surely fits the bill. And as such he has been deployed as a plot device or character in a wide range of fiction – from The Da Vinci Code to Dirk Gently’s Holistic Detective Agency.

A quote attributed to him – “[If I have seen further it is by] Standing on the Shoulders of Giants” – is engraved into the British £2 coin.

In 2005 a survey taken among scientists of the Royal Society asked if Newton or Einstein had the greatest influence on the history of science. Newton came out in front.

His plaque is in Jermyn Street…