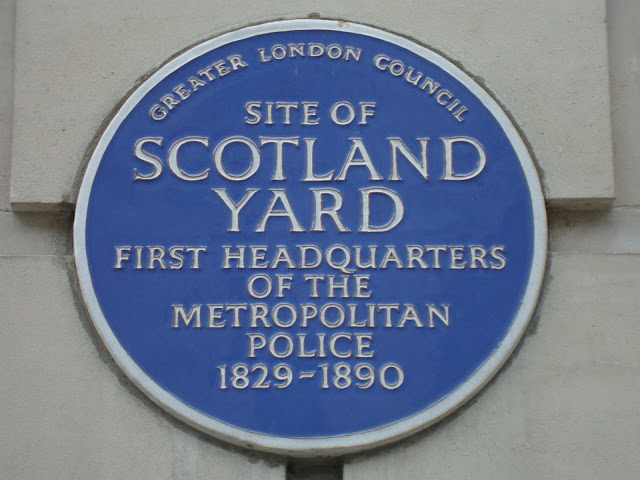 The world’s most famous police force and its former home in Scotland Yard, SW1

London fairly teems with internationally famous addresses: locations that open up an entire world just by mention of their name. It is also home to the world’s most famous cop shop, an address that has become a byword for policing the capital: Scotland Yard.

The plaque commemorates the original HQ of the Metropolitan Police, tucked away behind Whitehall in the heart of the power broking quarter of the nation. Since its foundation in 1829, the Met has moved house twice – to the western extremity of the Embankment from 1890 to the late 1960s and thence to Victoria where the famous revolving triangular sign has become almost as famous as the address the police have taken with them wherever they’ve gone. The name derives from the place where Scottish Kings would reside on visits to the court of the English monarch.