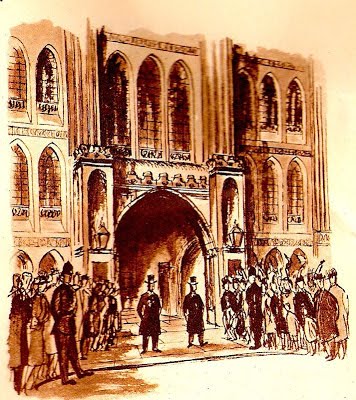 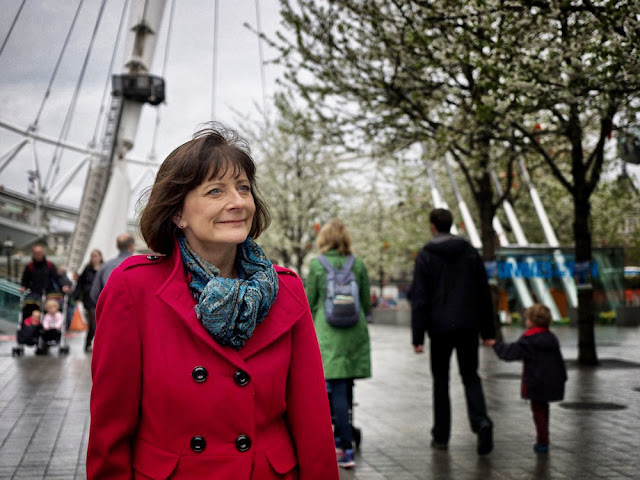 A series of happy accidents led to a most magical London Walk on Wednesday!

My Secret Ceremony tour was all set to take in the installation of the sheriffs ceremony at the Guildhall.

I met my lovely London Walkers – made up of  people from London and all over the world – at 10am and the walk began like any other.

Then serendipity in the City struck.

While we were admiring the rather splendid coat of arms outside the Worshipful Company of Innholders Hall at Dowgate Hill, one of the honourable members waved at us through the window and invited us in to look at the dining hall all lavishly laid out for a luncheon.

He told us that part of the hall dated back to the 16th Century, adding that they have a feast every first Tuesday of the month as commanded by King Henry VIII when he gave them their first charter in 1514.

And who would argue with that particular party animal?

Finally he added that not only was he a Liveryman of the Innholders but also the local beadle of the ward of Dowgate Hill and keeper of the peace!

His hospitality was both warm even as he waved us on our way. By now our plans had been slightly delayed, but in the most charming fashion.

We paused on Queen Street and gazed up King Street to get the full impact of the Guildhall's ceremonial entrance. There I described the many and varied roles of the Lord Mayor of London who is elected annually on Michaelmas Day, 29th September. 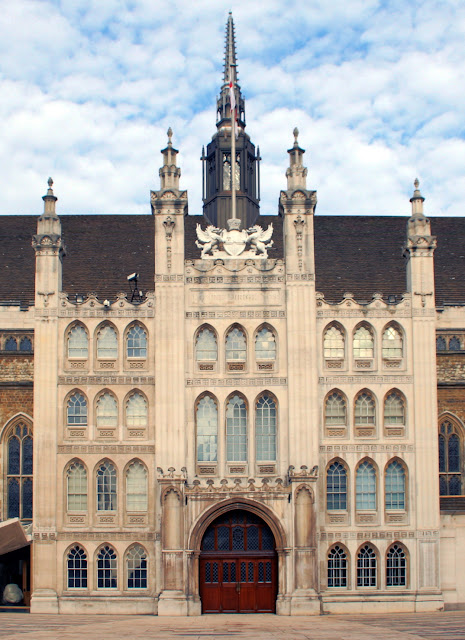 While I chatted with my London Walkers I noticed a rather dapper gentleman, all suited and booted standing listening. When I had finished describing the pomp and circumstance of the Lord Mayor's Show – which happens annually on the 2nd Saturday in November with carnival floats , pearly Kings and Queens, firework display and the Lord Mayor drawn in Golden Coach through the streets of the old City – he introduced himself to the group.

He was in fact a former Lord Mayor of London, the 682nd to be exact and his name was Nick Anstee and he was on his way up to Guildhall.

I explained we were hoping to see the sheriffs leaving Guildhall wearing their newly acquired chains of office and regalia.

At which point he invited us to sit in Guildhall and watch the whole ceremony!

I offered that we had no permission to do so and were happy to watch from outside, at which point Mr Anstee, with enormous charm, simply said, "Come with me…"

And with that Nick, former Lord Mayor of London escorted us personally and had us seated in fine leather chairs to watch one of the most ancient rituals in the City – the installation of the two new sheriffs.

Aldermen in tricorn hats, High Court Judges in wigs, the Head of the City of London Police and more marched silently past us. It was a glimpse into a parallel universe. Here in the 21st Century City of London, one of the most high tech financial districts in the world, the business of the medieval City is still remembered amid the modernity with a quiet assured dignity.

As the ceremony ended the Liverymen filed out and there among them was our new friend from the Innholders Hall who gave us a friendly conspiratorial wave.

Thanks to the Innholders and to Nick Anstee for their friendly welcome and for making my London Walks walking tour so very memorable.