Prowler is a conspicuously friendly store; it opens at 11am on weekdays and is soon peppered with adults of all ages, browsing the shelves as if it were a Tesco Metro. No shifty glances or brown paper bags here.

"We have a lot of couples coming in," says Phillips, "we have hen dos, girls coming in for their boyfriends to buy underwear for them."

Where sex is concerned, Phillips says, the personal touch is essential — trained staff who can run customers through what's what. Funnily enough, that's something you might not have got years ago.

Full story in The Londonist

The north Londoner treats the south Londoner like an arrival from a remote Amazonian village. The unfortunate south Londoner, they think, hasn’t heard of the tube, let alone been on one, so they must be guided through life in the big, bad city – ushered away from the tourist traps and led to the decent pop-ups. Next they’ll be asking the south Londoner if they have an indoor loo.

More in Time Out: www.timeout.com

FOOTBALL: One-Third Of All Chelsea "Fans" Have Never Been To Stamford Bridge – Daily Telegraph

Some Recent Highlights from The Daily Constitutional… 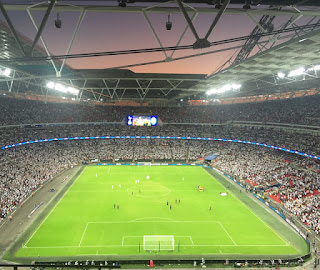 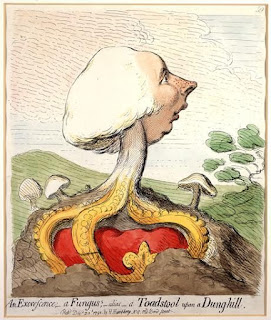 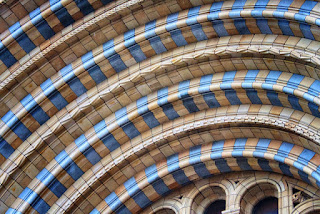 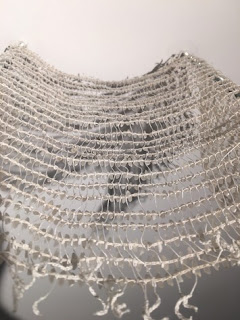 An ‘outstanding’ primary school has been forced to back down on a rule ordering children to walk with their hands clasped behind their backs 'at all times' after a revolt from parents, it has emerged.

Last year pupils at St George the Martyr Primary School in Camden, north London, were told they must walk in the 'correct way' in school corridors, which school bosses called the 'University Walk'.

The term is believed to derive from how students at elite universities - such as Oxford, Cambridge and St Andrews - were told to walk in bygone years.

Angela Abrahams brought in the rule last year when she was head teacher, much to the fury of parents, in a bid to "strengthen pupil safety, maximise learning time" and "raise their aspirations".

As regular Daily Constitutionalists will know, I'm logging a London plaque every day during 2016 in the #Plaque366 project.*


*The Daily Constitutional will be keeping the plaques to a bare minimum in 2017! 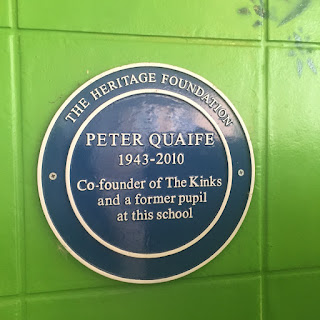 Peter Quaife was a founder member of seminal English rock band The Kinks and I caught his plaque when visiting Fortismere School on its open day for parents and prospective pupils! I'll add him to #Plaque366 next week