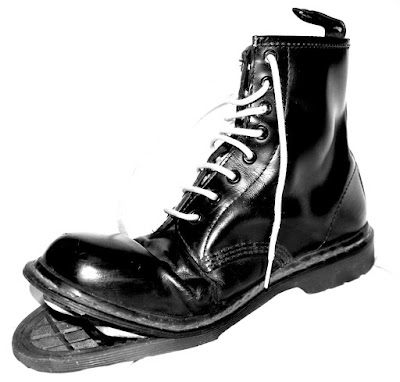 As regular Daily Constitutional readers and some London Walkers will know, on my days off I like to stride out and walk London. I'm a big fan of the Capital Ring orbital walking route and I love to walk the Thames. Many of the pictures and ideas that end up on this blog are born out of my rambles.

On Wednesdays here on The Daily Constitutional, I'll be sharing some snaps, random observations and the odd bit of trivia picked up along the routes of my wanders. Starting with this one…

Late last year I set out on a series of walks around the London Monopoly board.

The things that can be seen AT the squares on the famous board are, of course, well-documented.

What I was looking for is what lies BETWEEN the squares. If a trip around the Monopoly board is a trip around London, then what might one see while travelling from square-to-square? 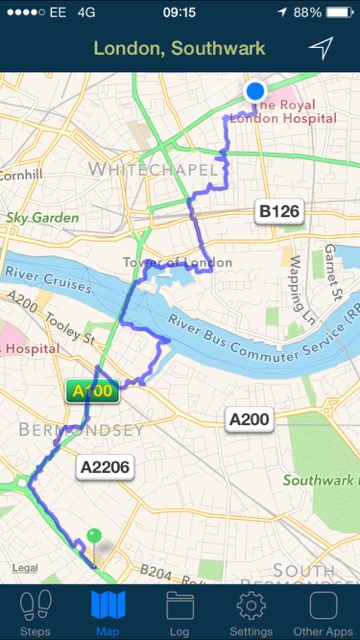 Once the Roman road Watling Street, now forming part of the much less romantic-sounding A2, Old Kent Road is famously the first square on the British Monopoly board… 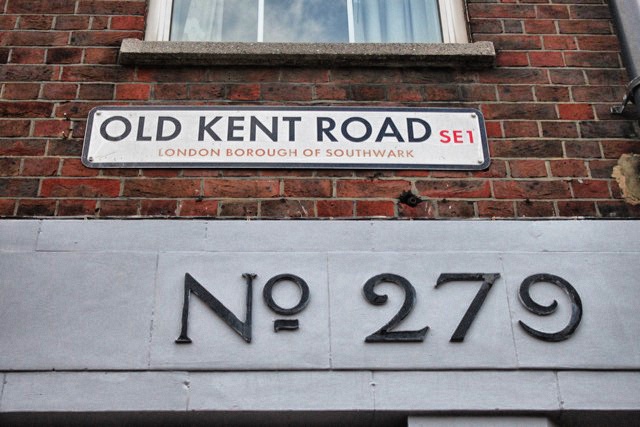 And it looks like Romans are still here, although they’ve branched out into the legal profession… 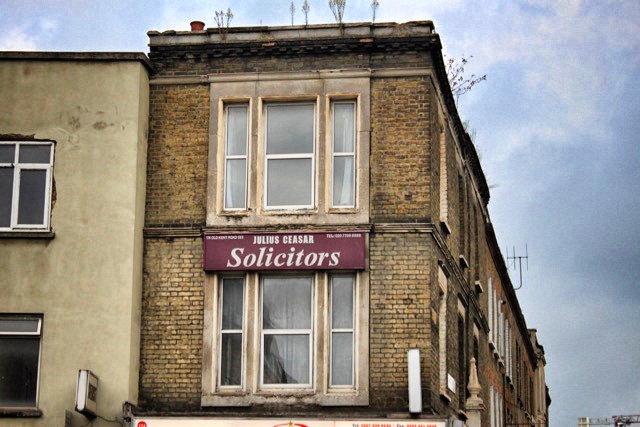 Driscoll House, with its endearingly lopsided sign (top right of pic, below) is nearby… 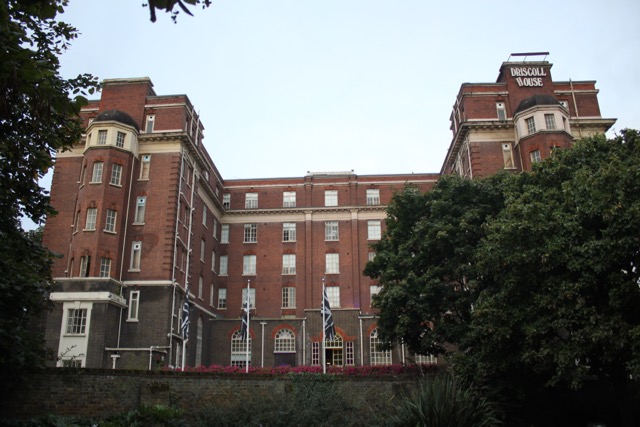 … is a famed south London institution opened in 1913 as a women's hotel and was taken over by Terence Driscoll in 1965. A basic, hostel-like hotel, the interiors remained largely unchanged (i.e. pretty spartan) until Driscoll's death, at the age of 95, in 2007. A colourful-sounding character, one legend has it that he claimed there had been a vision of the Virgin Mary on the premises and used the tale to discourage "immoral" behaviour in the rooms! He gave weekly addresses to the guests on a Sunday and manned the front desk and small gift shop (where one could buy postcards featuring Driscoll himself) right up to the end. The building is now occupied by the Rest Up London hostel.

Our visitors on London Walks often ask why our pubs are disappearing. The answer is, like the assassins of the above-mentioned Julius Caesar, manifold.

We pay astronomical amounts for our living spaces in London and, as a consequence, we seem keen, or are compelled, to spend more time in those expensive flats and houses. That we are living more healthily must be a factor, too. I chatted with a publican on one of my tours recently and he simply said, "It's all about the food these days, innit."

The George at 40 Tower Bridge Road in Bermondsey is a great example of an ever-more-rare traditional pub – or "Old Man Pub" as they are sometimes referred (cheek!)… 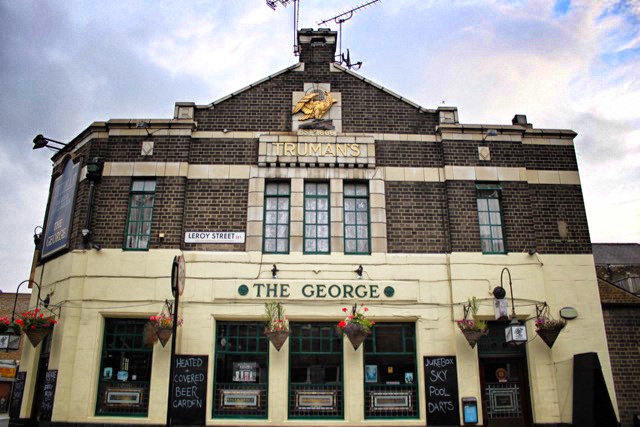 (The Truman livery above the pub refers to the famous old Brick Lane-based brewer whose premises can be found near the end of this wander. The old brewery building itself hosts events, club nights and all sorts but the beer is back too! After years in mothballs, the famous name has been revived and it's great to see! Find out more here: www.trumansbeer.co.uk)

The obligatory Shard pops up – is there a single London borough from which it can't be seen? 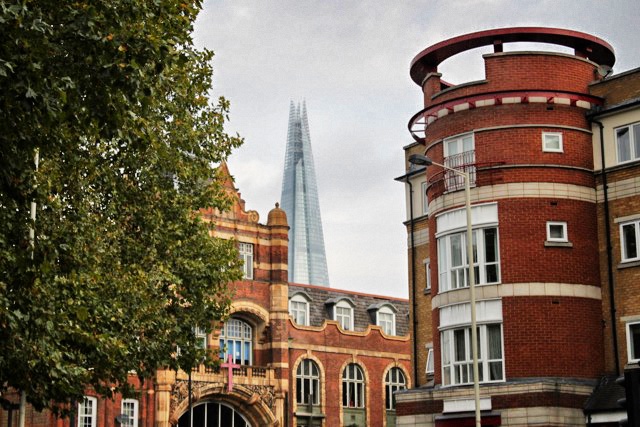 Along this route plaques are few and far between – unlike at the other end of the Monopoly board in Mayfair. But when Mayfair was merely open fields, Bermondsey was already thriving and home to a monastery… 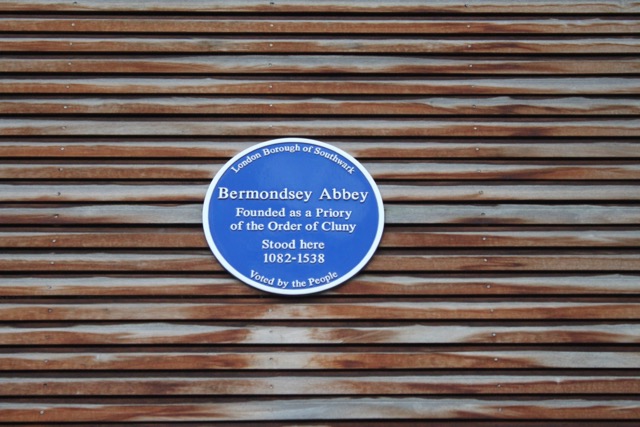 When we do come across plaques in this neck of the woods, they are vivid ones indeed… 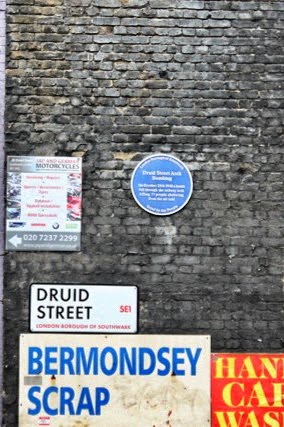 This Southwark plaque at Druid Street Arch marks the spot where 77 Londoners lost their lives on the night of 20th October 1940 in an air raid.

Nearby this playground is named for Alfred Salter… 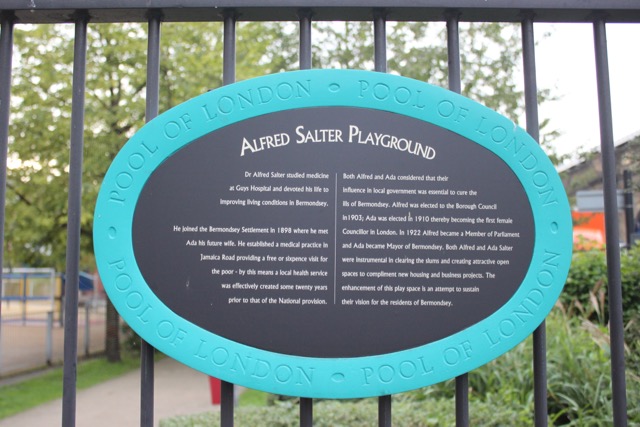 (Just along the river you can find a group of statues featuring Salter and his wife Ada commemorating the work they did in the area, particularly in the field of child care. I'll be returning to the Salters on another post dealing with North Greenwich to Richmond, or The Big One, as I like to call it.)

Bermondsey Square is often a hub of activity, the very soul of "gentrification", with the weekly antiques market taking place every Friday from 6:00a.m to 2:00p.m (website here: bermondseysquare.net) 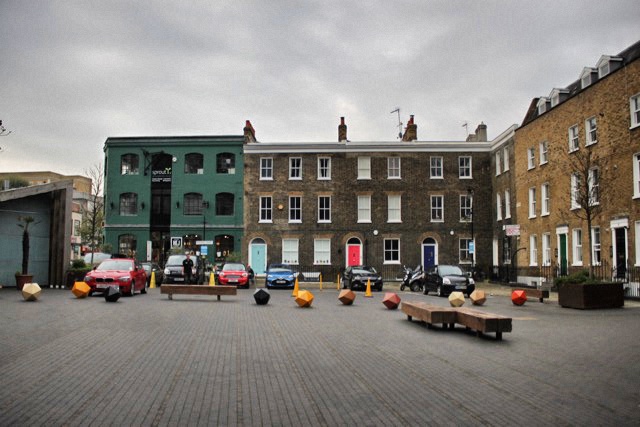 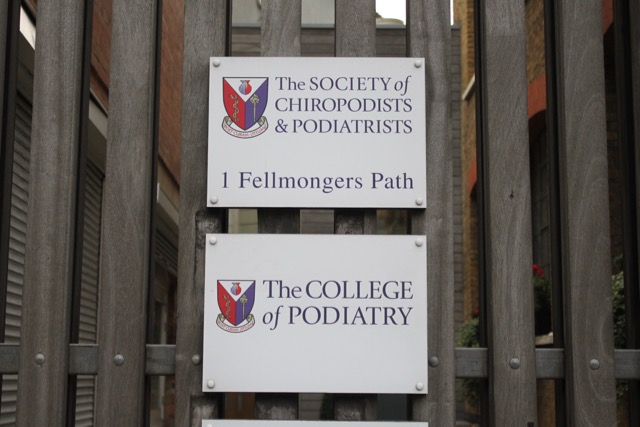 Keep up the grand work, guys. (Camilla, Duchess of Cornwall is their patron, dontcha know.)

The River Neckinger flows through South London from near the site of present day St George's Cathedral, joining the Thames at St Saviour Dock… 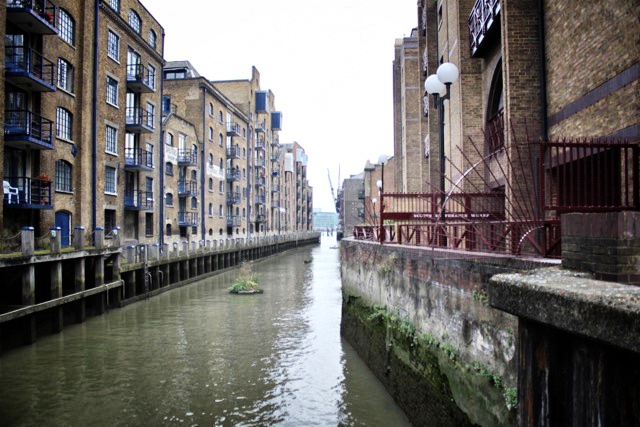 Russ Willey's indispensible Dictionary of London Phrase & Fable nods to the legend that the Neckinger's name comes from the practise of hanging pirates from a gibbet at the dock, the noose being the Devil's Neckercher (neckerchief). Colourful stuff. He goes on to suggest the slightly less lurid-sounding explanation that the course of the river resembles the shape of a noose, hence the name.

Great views along the Thames soon loom up… 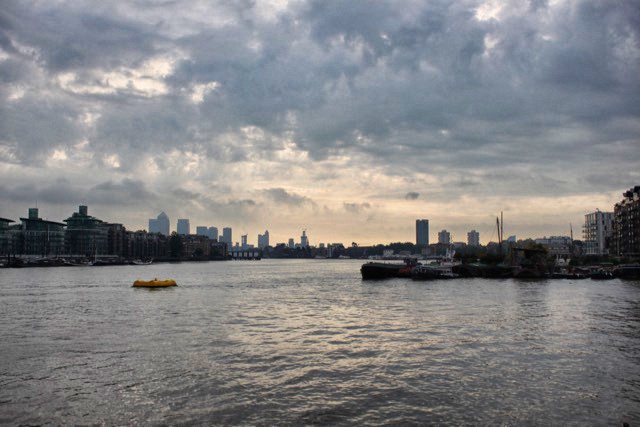 … and with paraphernalia from maritime history "gentrifying" the place… 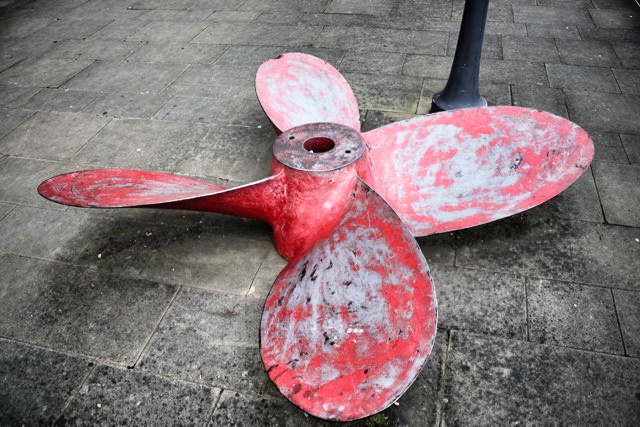 … and blending with touristy tat… 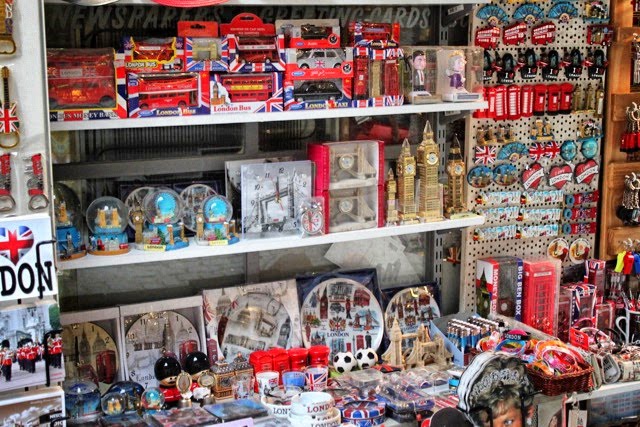 … we cross the Thames, with a warning: the following bridge may contain nuts… 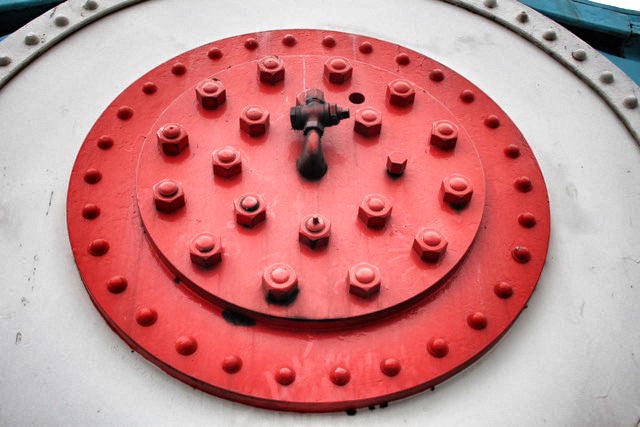 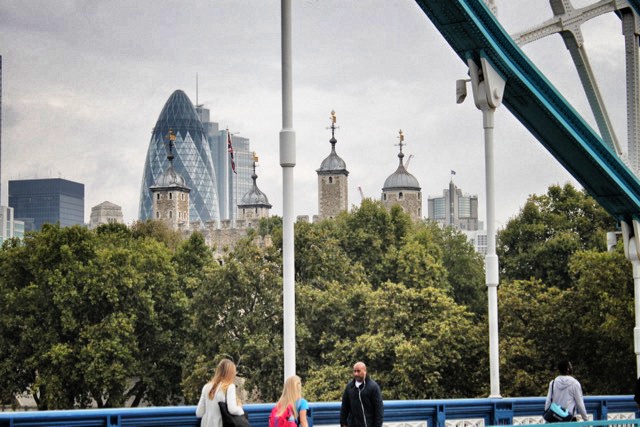 St Katherine's Dock is all tiddly-posh these days… 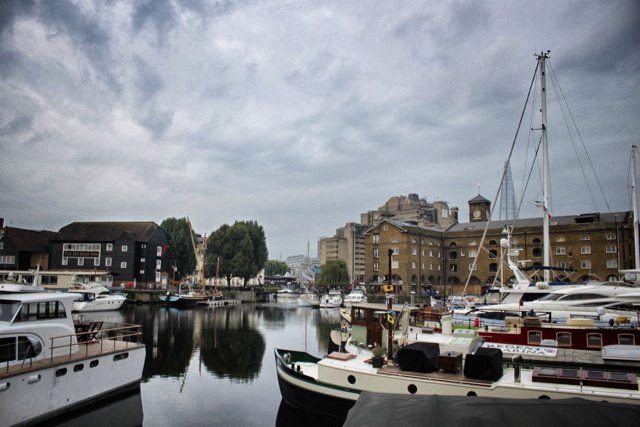 … but was once a hard-working (if small) part of London's Docklands. It closed in 1968. 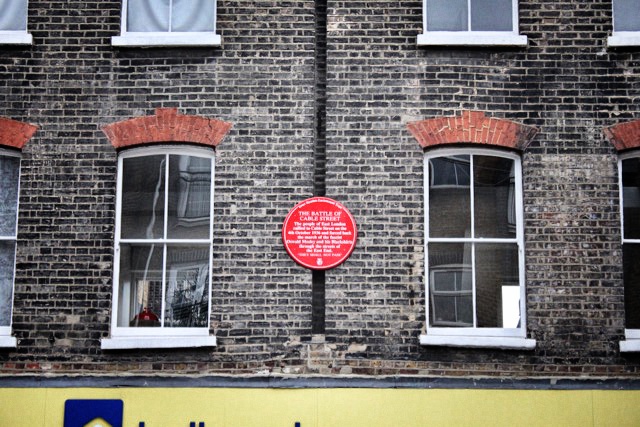 …  in 1936 when the march of Oswald Mosley and his British Union of Fascists in to the largely Jewish East End was met with the cry of "They Shall Not Pass!" 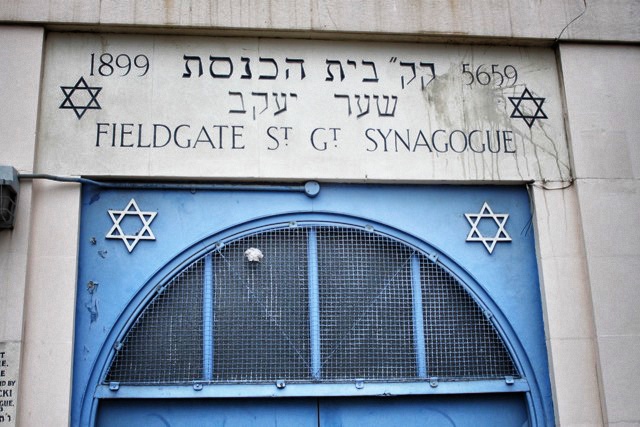 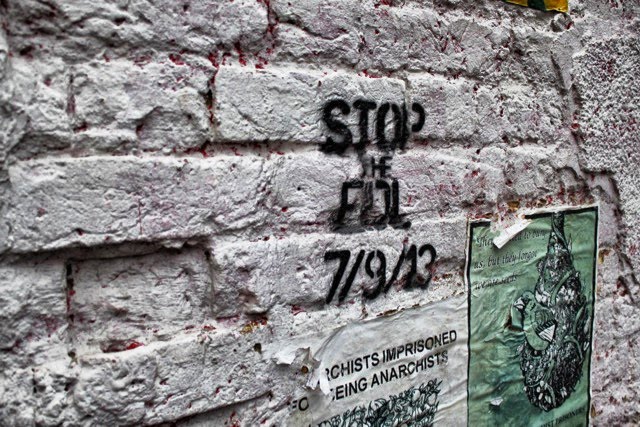 Nearby, in Henriques Street, a spray-painted tribute to one of Jack the Ripper's victims can be found… 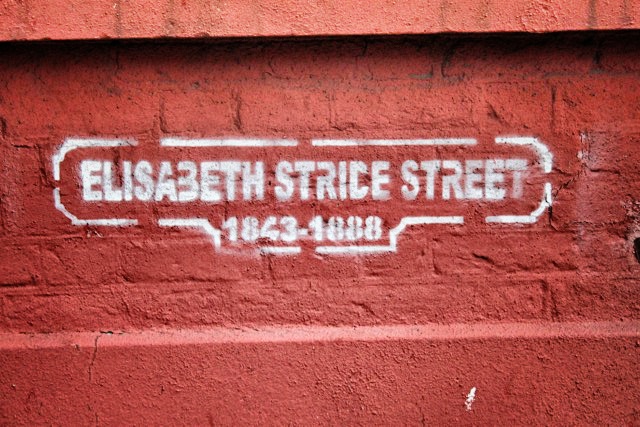 Elizabeth Stride was murdered on the night of the 30th September 1888.

My ramble ended in Whitechapel Road… 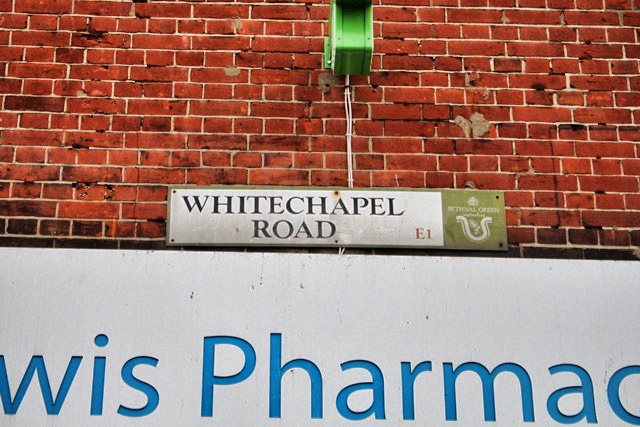 … the second brown square on the Monopoly board, where it meets Vallance Road… 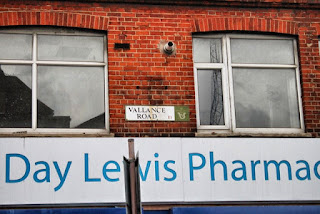 … forever associated with the story of the Kray twins. But that will have to keep for another post.


London Walkers get in touch! Share your best walks through London – commutes, short cuts, epic rambles, I'm keen to hear about them all! Drop me a line at the usual address.