It's our weekly London roundup with a #BookshopDay twist!

Lords To Debate Indy Bookshops & Libraries - from The Bookseller

Campaigners have called for the House of Lords to intervene in the "crisis" in the public library sector and to pledge its support for independent booksellers ahead of a debate about the significance of libraries and bookshops in UK society.

Organised by Lord John Bird, founder of The Big Issue magazine, the debate will see speakers - including Penguin Random House chair Baroness Gail Rebuck - discuss the cultural, civic and educational significance of local libraries and independent bookshops in the United Kingdom in the House of Lords on Thursday 13th October.

Campaigners, library professionals and booksellers across the country have welcomed the debate, and emphasised that support for booksellers and libraries should be "at the heart" of the government's educational and cultural policies.

Earlier this year, a report by the BBC found that the widespread library closures across the UK have resulted in the loss of almost 8,000 jobs in the last six years. The investigation revealed that the amount of volunteers in use in libraries has almost doubled since 2010, rising from 15,861 to 31,403. In this time, the number of paid staff fell from 31,977 to 24,044, which is a drop of 25% for the 182 libraries that provided comparable data. The report also found that a total of 343 libraries have closed in the same time period. This number of closures in England is higher than the government’s official estimate of 110 closures.

On Saturday We Should All Celebrate Bookshop Day – from The Guardian

By Joanne Harris, author of Chocolat… 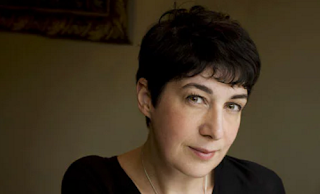 They [Bookshops] stand for community in the face of business expansion. They represent a protest against the offshore companies that are reducing our high streets to a series of empty shop fronts. That’s why we must do our best to support them, not just on Bookshop Day, but every day. Because in 10 years’ time, no one wants to hear their child ask: “Mummy, what’s a bookshop?”

Free Books For A Lifetime! from The Guardian 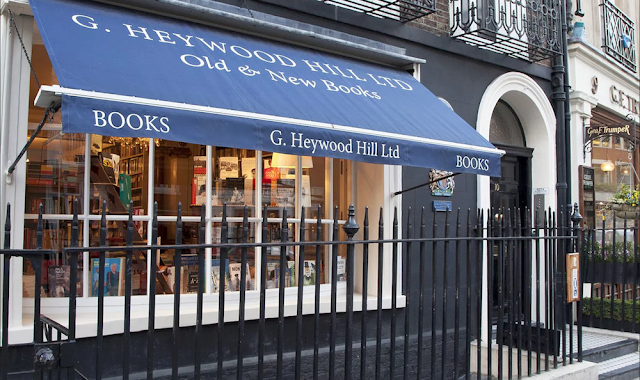 Launched on Friday by independent London bookshop Heywood Hill to mark its 80th anniversary, the Library of a Lifetime award will give its winner “one newly published and hand-picked hardback book per month, for life, delivered anywhere in the world”.

To win, readers must nominate the book that has meant the most to them, with the winner chosen at random in a prize draw. The title must have been published in English, or translated into English, after 1936, the year Heywood Hill was founded. The Mayfair shop, which sells a mix of new, old and antiquarian titles, was founded by George Heywood Hill, with the help of the woman who would become his wife, Anne Gathorne-Hardy, on 3 August 1936.

Full story in The Guardian: www.theguardian.com/books

Turns out they are a pretty talented bunch, too.

Throughout October the shop is turning its gallery space over to artwork produced by the staff. Some of the pieces are for sale, prints are available for some others and I'm told that the launch night was a pretty tasty affair! 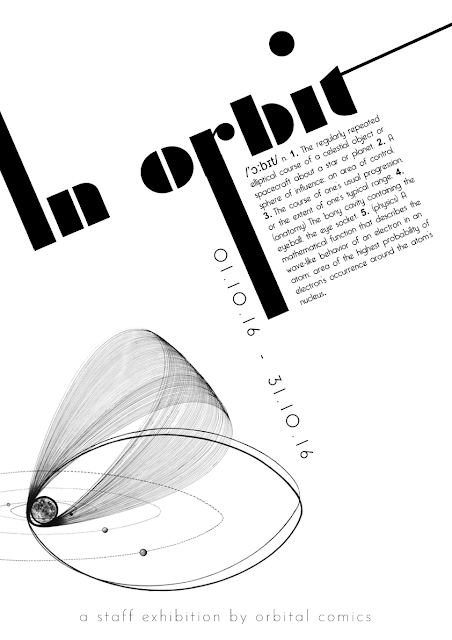 A brief (and typically self-effacing) blurb on the Orbital website describes the exhibition thus:

In what may have been a random group of people brought together by the shared desire to pay the rent, a microcosm of complexity and creativity has formed.

These are the things that we think about, care about and love.

The quality and range of the work – inks, oils, multimedia pieces as well as traditional cartoons – will come as no surprise to regulars at Orbital. The passion for illustrated matter that is clear in the work in the exhibition can also be found on every visit to this very special comic book store. These guys know their stuff. But more than that, they share their passion in such an easy-going way that it's a pleasure to swing by on a Wednesday (that's New Comic Books Day to the uninitiated).

The show runs until 31st October.

* An Eisner is the comic book equivalent of an Academy Award.

I was inspired to dig this pic out of the archive for #BookshopDay by the news that Tony Blair is considering a return to frontline politics. I would have thought that was up to US, Tone, no?

Anyhoo, add your own captions to this one, snapped in Waterstone's Kensington when his book came out a few years back… 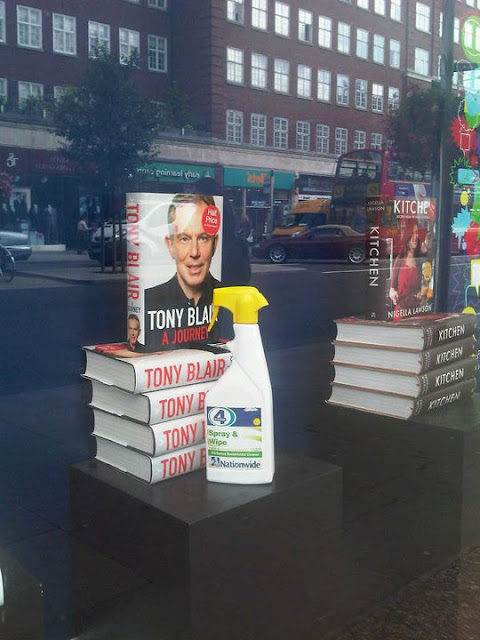