Whoops! Plaque catch up! Having missed a couple of days due to circumstances beyond my control, here's a quick catch up – five plaques in one post at two locations!

I love the wording on this pair - "Drank here!" 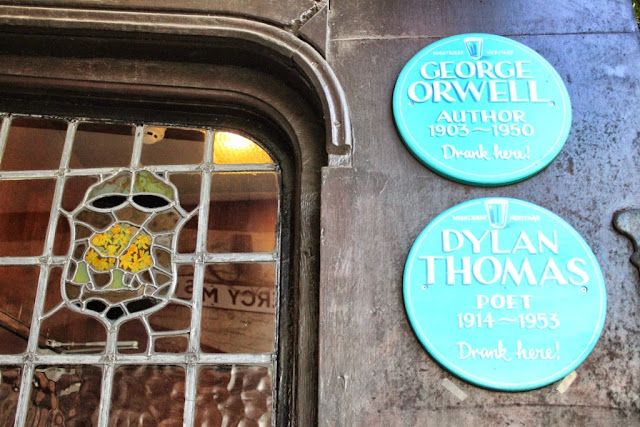 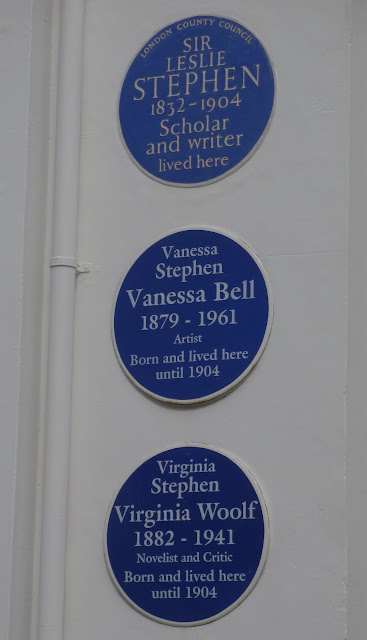 Sir Leslie Stephen has one of those wide-ranging Victorian CV's that make the millennial jaw drop: mountaineer, critic, historian, biographer and author. His first marriage was to William Makepeace Thackeray's daughter Harriet. Following Harriet's premature death in 1875 – from eclampsia – he married the widowed Julia Duckworth (a philanthropist and biographer who had also modelled for Edward Burne-Jones) in 1878. Together they had four children - two of them are commemorated with blue plaques at 22 Hyde Park Gate.

First child Vanessa (born 1879) became a painter and designer, one of the most celebrated artists of The Bloomsbury Group, and her sister Virginia Woolf a major novelist, also one of the leading lights of the Bloomsbury group.

(I'll return to both Vanessa Bell & Virginia Woolf in this series before the year is out.)