Party Like Fezziwig in A #Christmas Carol: How To Make Negus 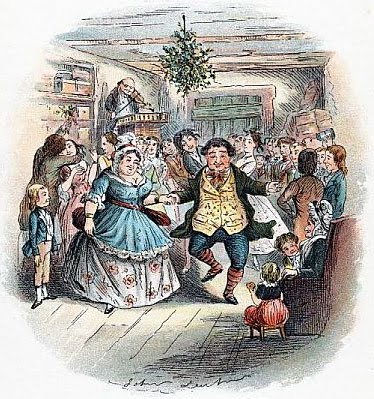 3. A great piece of Cold Boiled

4. A great piece of Cold Roast

(NB: This list does not include beer, the quantity of which Dickens simply lists as “plenty of”; nor does it take into account the pot of porter supplied at the request of the energetic fiddler who, after playing a particularly wild tune, liked to plunge his overheated face into the cooling ale.)

* Negus is a drink of the mulled wine family with port as its central alcoholic ingredient (often mixed with claret).

This is hooch with a serious literary pedigree. Not only does it cheer up the proceedings of Christmas Past in London’s greatest ghost story, but also crops up in the pages of Charlotte Bronte’s Jane Eyre, Emily Bronte’s Wuthering Heights, John Galsworthy’s The Forsyte Saga, and on numerous occasions in the jottings of the ever-thirsty James Boswell.


How to make Negus… 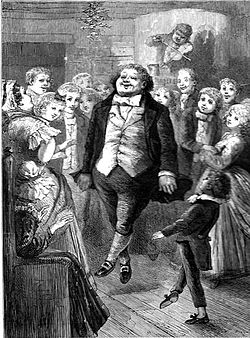 The hot, seasonal drink Negus was invented by one Colonel Francis Negus sometime in the early eighteenth century.

Jerry Thomas, in his 1862 book How to Mix Drinks, wrote that Negus is "A most refreshing and elegant beverage, particularly for those who do not take punch or grog after supper."

Here’s how to make it:

Gently heat all the ingredients in a small saucepan.

Strain into a heat-proof goblet when hot.

Email ThisBlogThis!Share to TwitterShare to FacebookShare to Pinterest
Labels: A Christmas Carol, negus