A Fishy Story in #Hampstead From @roquesrichard

Near the beginning of this series of 50 "greatest hits" I reblogged a post from my colleague Richard III that I described as "the first truly great Daily Constitutional blog post ". First published back on 25th November 2008, you can catch up with it here. 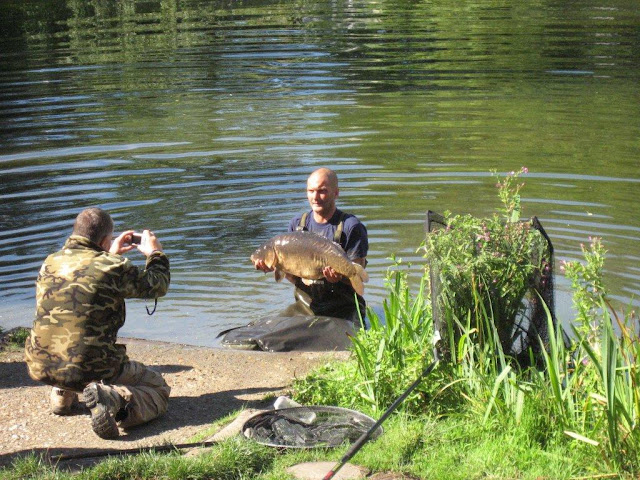 Last Wednesday on the Hampstead walk we were in the Vale of Health and I was waxing lyrical about John Keats when I realised that no-one was listening to me.

I tried to soldier on. ‘He got it in Tesco,’ I cried, ‘I can see the bar code on it.’ But then the enormous beast refused to pose for pictures and put up a brave fight, thrashing around to such an extent that it almost toppled the fisherman over.

I gave up and went with the flow and we all worshipped at the altar of the monster in NW3.


Thanks also to London Walker Shirley Reeves, who sent us the picture. She adds:


“Attached is the carp photograph you requested. Thanks once again for the hugely enjoyable and informative walk. I hope to join you again in the fairly near future.”