One of my favourite moments from my many walking tours was when I inadvertently created confusion around the concept of night schools. First posted in early 2012…

While leading the Old University Quarter walk recently, I stopped to discuss Birkbeck University, London's great and noble night school, the emblem of which is pictured here… 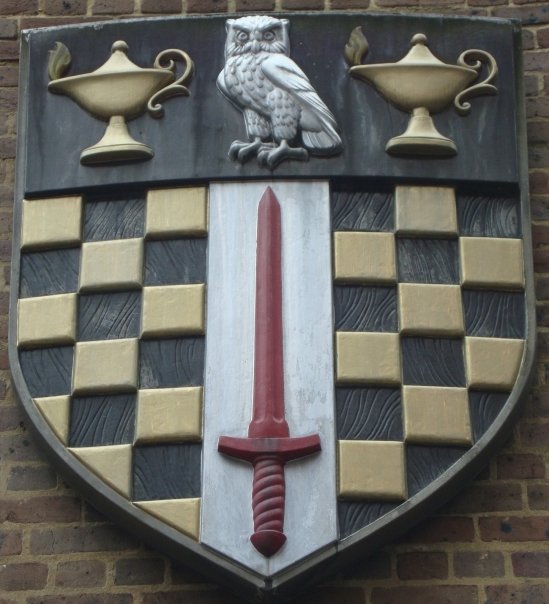 We discussed the emblems – the owl symbolising both wisdom and nocturnal study, the lamps for illumination, the sword of St Paul, patron saint of London, and all the while one of my Walkers (from Georgia) was giggling away to herself. I checked behind me to see if I was being upstaged, or if someone was pulling faces behind my back, but nothing.

When I looked back the poor woman had turned the colour of St Paul's sword in the picture above and was clearly having trouble containing her mirth.

We both struggled on – me to tell the story, she to compose herself – and when we moved on she burst forth in a snort which very soon became a cough which accelerated alarmingly into something resembling a choking fit.

Turns out that when I had used the phrase "night school", she had looked at the sword and shield and immediately pictured an educational establishment for chivalric endeavour… a KNIGHT school.

"I was fine," she said when she finally composed herself, "until I pictured a man dressed in a suit of armour standing on a busy tube train."