No Cats Were Harmed In The Making Of This Walk 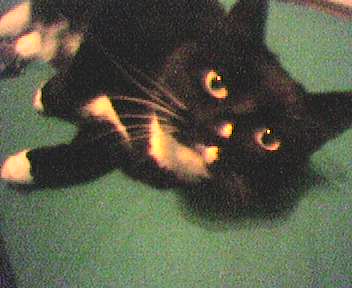 Richard III leads the Old Highgate Village Walk on Sundays. It has, in the past, been an incident-packed afternoon. Over to Richard:

“I was guiding in Old Highgate Village last year when I noticed a sign at the bottom of the hill at Jackson’s Lane offering a £50 reward for the return of a lost cat.

When we got to the top of the hill, another sign. A second cat had been lost, but the reward here was £500.


At which point I was assailed by a woman who insisted that I address the group withdrawing my remark which was ‘a disgraceful endorsement of cruelty’ and that I also desist from making more remarks about animals.


As I had already promised my group that I would be telling them tales of a horse five thousand feet in the air, a chicken stuffed by Bacon, swearing loyalty to the village of Highgate on the horns of a live ox and chasing a pig, catching it by its tail and throwing it over your shoulder, I replied that I could not accede to her request.

She then said that she was leaving and she would start a campaign in concert with animal welfare groups and would be sending people on my walk to record my inflammatory remarks.”

P.S. Above is a picture of Richard’s cat, Whisper. Whisper is not missing and therefore there is no reward for her return.