Best Pub In #London - The Three Kings of #Clerkenwell

One of the reasons was The Three Kings of Clerkenwell. 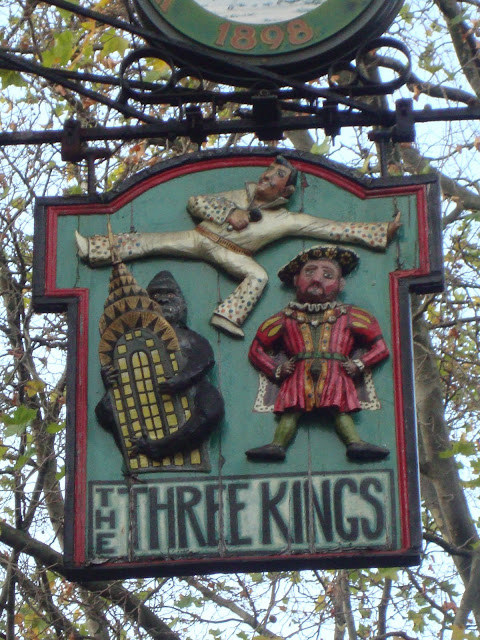 If there’s such a thing as the perfect pub, The Kings comes damn near close. When sparsely populated of an early week evening and with the fire on the go, it has the womb-ish, conspiratorial feel of the perfect place for a stolen, illicit night out. When packed of a Friday, it rocks. In summer, punters spill out onto the pavement and Clerkenwell Close fairly buzzes as the titular trio of kings on the swinging pub sign – Henry VIII, King Kong and Elvis – look down. Fine lunches too, great beer on tap, and a superb vinyl jukebox upstairs.

When I first discovered this place – getting on for 20 years ago – it was a traditional pub with some eccentric touches. Over the years the eccentricity has slowly taken over, like lush ivy on an already lovely old building. These things take time. Character cannot be achieved with that dreadful 21st Century phenomena The Makeover.

Great things have come to those of us who have waited at The Kings. And things were pretty bloody good to start with.

The legendary theatre critic Kenneth Tynan once wrote of the play Look Back In Anger, “I could not love anyone who did not wish to see this play.” I feel the same way about The Three Kings of Clerkenwell.

Best pub in London? Best in the world, mate, the whole wide world.