Spring, when a young man's fancy lightly turns to thoughts of Motown.

With apologies to Alfred, Lord Tennyson…

From time-to-time I update my series on The Great London Sleeves here on The Daily Constitutional. I'm in a quandary today with this one… 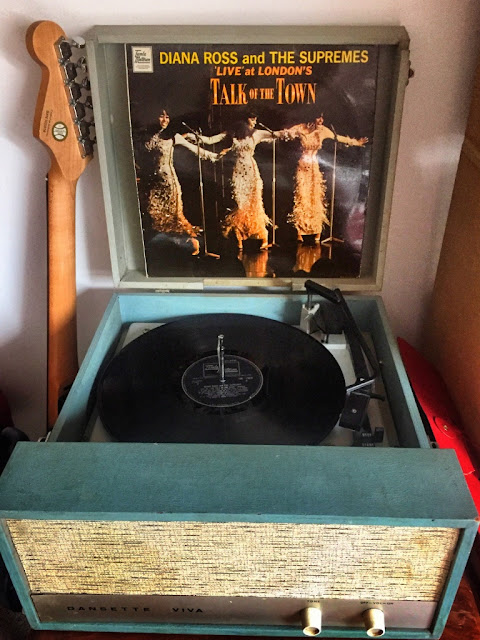 Not sure if it qualifies as a great London sleeve – the pic could have been taken anywhere.

As a great album, however, it is, for this listener, unimpeachable. And fascinating, too. It dates from one of rock and pop's twilight periods: it's 1968 and pop groups are getting bigger in sound and scope. Rock Opera is in the air and "prog" is just around the corner.

So what becomes of the pop group who can't, or simply doesn't want to evolve in such a fashion? What happens when critical opinion is leaving them behind, when fashion has turned its back? They go back, that's what, regress to a reassuring, tried and tested earlier model. In this case, it's back to the late 50s when pop was viewed as merely the youth branch of showbiz, with no potential to evolve, where acts would have their half dozen chart topping hits and then "graduate" into adult showbiz, cabaret, musicals and movies.

1968 was an uncertain time for singles bands, when the album was becoming king. And The Supremes were one of the ultimate singles bands.

The Talk of the Town was London's famous cabaret venue, established by Bernard Delfont in 1958 at the Hippodrome Theatre in the West End (a Frank Matcham designed theatre opened in 1900). Judy Garland, Frank Sinatra and Ella Fitzgerald played seasons there. Ethel Merman made her only British appearances at The Talk of the Town.

In February '68 Diana Ross and The Supremes were in residence. Founder member Flo Ballard had been ousted and Motown boss Berry Gordy had changed the band's name from The Supremes to Diana Ross & The Supremes. New member Cindy Birdsong made her British live debut with the group on this album.

Both Paul McCartney and Mick Jagger were said to have attended the shows and the album finds the group poised half-way between show tunes and pop. The album opens with the Rodgers and Hart number With A Song In My Heart (The Supremes Sing Rodgers and Hart had been the band's most recent LP, and the last with Flo Ballard). But the Live At London's Talk Of The Town album still has enough Holland-Dozier-Holland classics to keep the purists happy – Stop In the Name Of Love and Reflections, to name but two. There's even a nod to the locals with a medley of McCartney's Yesterday and Michelle.

As a music fan, I cannot remember a time when I did not love Motown.

I was seven years old when my elder brother left home and he left behind two LP's that he no longer wanted: Beatles For Sale and the compilation Motown Chartbusters Vol.3. The latter featured three Diana Ross and the Supremes numbers: I'm Gonna Make You Love Me (with The Temptations), No Matter What Sign You Are and Love Child. I have been hooked ever since.

I was delighted a couple of years ago when The Supremes became the subject of my daughter's school homework. She was seven years old at the time and for Black History Month she had to find out five facts about a black musician or band. After rummaging through my LP's, she whittled it down to Billy Preston, Ray Charles and The Supremes. The Supremes came out on top. "Why The Supremes?" I asked. "Because they are girls," she replied.

The opportunity to discuss Black History Month AND Girl Power all in one simple lesson. And we got to listen to The Supremes – the band I had first heard when I was aged 7, too. It was the perfect Sunday morning. 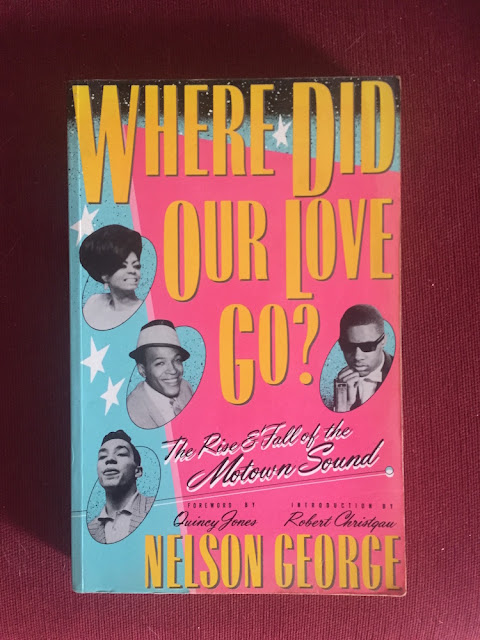 One of my favourite music books takes its name from a Supremes classic. Where Did Our Love Go? The Rise & Fall Of The Motown Sound (above) by Nelson George was published in 1985.

My copy has a dedication on the first page, written by my girlfriend of the time, a fantastic and forthright woman called Sarah. She was clearly tired of me banging on about music… 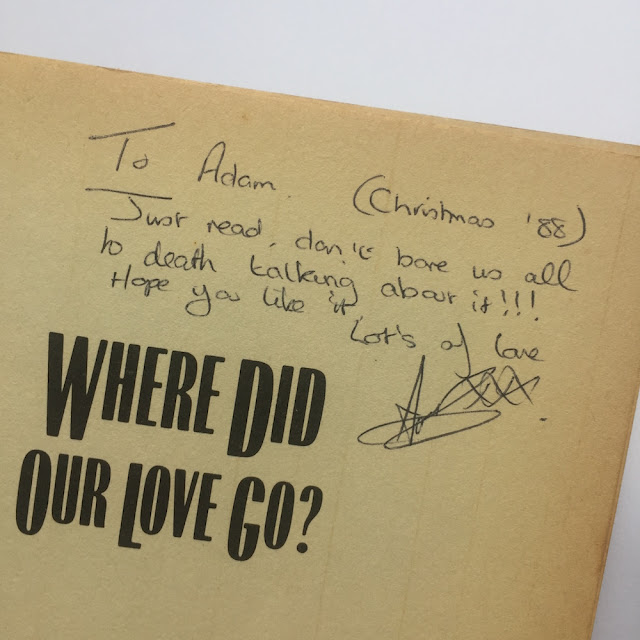 Advice that I duly ignored. If I had taken the hint (!) I wouldn't have been able to help my daughter with her homework all those years later. And I wouldn't be leading the Rock'n'Roll London Walk this afternoon.

I've been talking about The Supremes (but NOT boring ANYONE to death, thanks Sarah!) for 41 years now. I'll be doing it again when we pass The Hippodrome this afternoon on the Rock'n'Roll London Walk. Come and join me.

Here's the trailer for the Rock'n'Roll London Walk…

Email ThisBlogThis!Share to TwitterShare to FacebookShare to Pinterest
Labels: Diana Ross, Diana Ross and the Supremes, Frank Matcham, Motown, the Supremes, the Talk of The Town