From time-to-time David reports back from the field, writing about walking and walkers, guides and guiding.

"I never want to stop doing this. I love this job. The people you meet on these walking tours – it's beyond price."

In this instance it was a family from Texas. Goat farmers. (Who'd a thought it?) They were on their way to Cannes. To the Film Festival. Someone had made a film about them. And why not? Lovely family. Counter culture types. Mum, dad, two teenage girls and their goats. The daughters – the teenagers – were home schooled. So they could help with the huge job of keeping the goats farmed. Turns out the girls did most of the milking. The mum and dad had wired the barn for sound – fitted it out with speakers. Two birds with one stone. Girls could have something to listen to while they were milking the goats. Not Justin Bieber or something even more mindless (or insipid). The father hit on the idea of "barn"-casting articles from The Economist. He'd be at the mike in the broadcast booth reading the articles – the girls and the goats would be on the receiving end. Didn't work especially well. "Everything slowed right down." Daughters and goats got completely absorbed in what they were hearing – what The Economist was uttering took precedence over the uddering – and the business to hand went, dare I say it, tits up. Mozart and Prokofiev yes, The Economist no.

But it's easy to understand Angela's excitement – and be completely attuned to the stand she's taken. "The people you meet on these walking tours – who'd want to forego that?"

Then in September 2013, David's testosterone levels were up. Never fear, gentle reader, nothing sordid this way lies, it's all about the science… 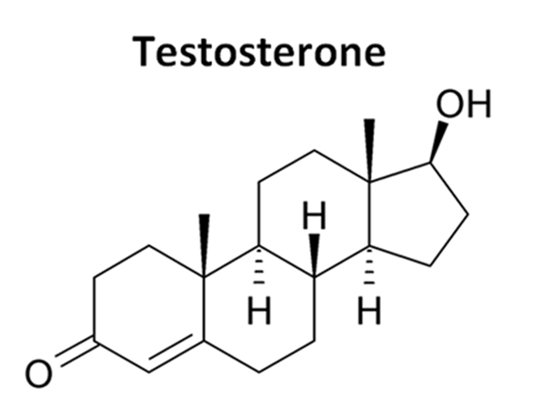 
Something you need to know about your London Walks guide...

His testosterone levels are spiking.

Or her testosterone levels - if the guide's a gal.

How do we know that? It registers. In the saliva.* They - scientists not guides - measure it.

Has to do with power - or so the physiologists say. You're the centre of attention that's a "power position" so up goes - better be careful how I phrase this - the old testosterone.

Invites the question, what must the Queen's testosterone levels be like?

The reason? Quite simple, really. When we're in a social situation - an agreeable gathering of people we like or are favourably disposed to - our progesterone levels go up. And a companionable gathering of intelligent, civilised people - well, that's the textbook definition of a group of London Walkers.

For the record, it doesn't even have to be "live", doesn't have to be the real thing. Scientists say that if we're looking forward to an agreeable social gathering - envisioning it - our progesterone levels go up.

And where's all this come from? A young German scientist who specialises in this field and who was on my Little Venice walk on Sunday.

The things you learn on a London Walk.

But seriously, remember my passing on Angela's excitement earlier this summer about the goat farming family from Texas. The dad, you'll recall if you read the post, "broadcast" Economist articles into the barn so his teenage daughters had something cerebral, something informative to listen to while they milked the goats.

Angela's heartfelt conclusion: "I never, ever want to stop doing this job - not least because of the people you meet!"


*And elsewhere, presumably. But they measure it - test for it, take their readings - from the saliva.