Like many many other Londoners on Wednesday I was kiboshed by the Northern Line and its signal failure at Kennington which brought the whole line to a standstill. I passed the time by jotting down a Top Five Rock'n'Roll London Underground list. Here it is…

Born in Romford in 1937, the under-appreciated Graham Bond was a big mover and shaker in the early days of the British R&B boom. His band The Graham Bond Organisation featured Jack Bruce on bass and Ginger Baker on drums with Bond taking care of keyboard and vocal duties. He died under the wheels of a train at Finsbury Park tube station in 1974. His manifold mental health issues, heavy drug use, financial problems and dwindling commercial success all seem to have contributed to his suicide. I'll be chatting about him this afternoon on the Rock'n'Roll London Walk.

2. Bond Street and The Jam

The Jam's Down In The Tube Station At Midnight, a four-minute post-Punk Play For Today about racially aggravated assault made No.15 in the UK chart in 1978. The sleeve featured a shot taken at Bond Street Underground station… 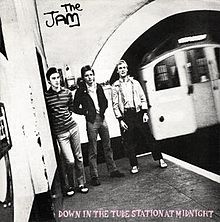 Dame Paul McCartney busks at Leicester Square tube in the movie Give My Regards To Broad Street.

NME journo Tony Parsons interviewed The Clash on a Circle Line train in the spring of 1977. According to Parsons, they all alighted Liverpool Street tube to take amphetamine sulphate in a photo booth on the platform.

The 1980 album Absolutely sees Madness pose outside Chalk Farm tube. Perhaps a signal failure at Kennington had prevented them from shooting the sleeve inside…? 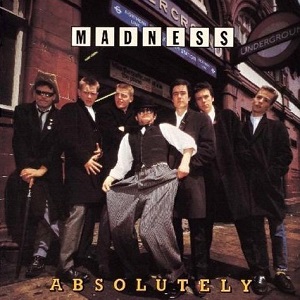 For good measure, here's a train song playlist entitled For Those In Peril On the Northern Line…

Here's the trailer for the Rock'n'Roll London Walk…

The Rock'n'Roll London walk is ONLY London Walk with its own dedicated comic book! Written by Rock'n'Roll London guide (and Daily Constitutional editor Adam) you can buy a print copy on the tour this afternoon or download (digital and/or print – free download sampler available!) at the London Bookstore online: londonbookstore.myshopify.com