David Tucker on Yeats for #StPatricksDay 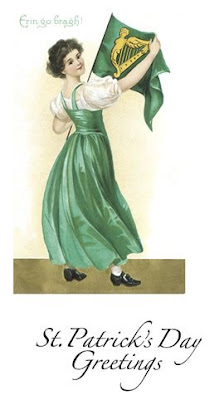 
A few appropriate words from the man who will be known, on this day of days, upon which everyone is granted the privilege of Irishness, as David O’Tucker:

‘I will arise and go now, and go to Innisfree,
And a small cabin build there, oif clay and wattles made:
Nine bean-rows will I have there, a hive for the honey-bee,
And live alone in the bee-loud glade.

And I shall have some peace there, for peace comes dropping slow,
Droping from the veils of the morning to where the cricket sings;
There midnight's all a glimmer, and noon a purple glow,
And evening full of the linnet's wings.

I will arise and go now, for always nigh and day
I hear lake water lapping with low sounds by the shore;
While I stand on the roadway, or on the pavements grey,
I hear it in the deep heart's core.’


It is of course William Butler Yeats' most popular poem, The Lake Isle of Innisfree. (Innisfree, for the record, is a small wooded isle in Lough Gill in County Sligo in western Ireland.)

D.C Editor: Er, David… isn't this a blog about London?

David: Patience, oh ye of little faith. It's all in the inspiration!

David: In short, the bee-loud glade Yeats was in was the Strand. (Smelling salts for the Moderator please.) Look closely at the last three words in the penultimate line. Or hear it from the man himself...

W.B. Yeats: “I wrote the poem in London when I was about 23. One day in the Strand I heard a little tinkle of water and saw in a shop window a little jet of water balancing a ball on the top. It was an advertisement I think of cooling drink but it set me thinking of Sligo and lake waters.” 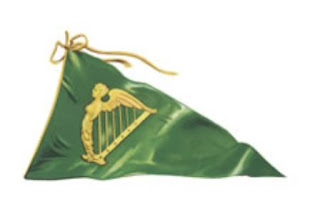 And in case you're wondering, "noon a purple glow" was the reflection of the heather on the water – the water in Lough Gill, not the Strand shop.

Is it any wonder that we've all (London Walks guides) got a touch of the Ancient Mariner about us – you know, the ‘glittering eye’ business? How can you not have when this place (London) is forever launching you into strange ‘tenses’? I mean the Strand today (seen in a purple glow), the Strand in 1890, the Lake Isle of Innisfree, beetling toward Nelson's column and hearing the tinkling music – the water? – of Yeats' poem.

Another example. In our little film about the Cambridge trip we run Simon takes the group to the Eagle Pub, where Watson and Crick announced, in 1953, the discovery of the structure of DNA. Simon tells the story, shows the group the plaque, etc. Pretty sensational, really.

London upstaged for once you think? Think again. The ‘spadework’ for Watson's and Crick's discovery was carried out – wait for it – in the Strand. Chapter and verse: in the late 1940s and early 1950s Maurice Wilkins and Rosalind Franklin worked on X-ray crystallography in the Wheatstone Laboratories in King's College Hospital. Those labs were in the Strand. That X-ray crystallography work made a huge contribution to the Crick and Watson discovery.

Okay, you've read this little read. Pretty much case closed, wouldn't you say? In short, how do you not walk the walk and hear the talk after that? So, yes, arise and go now, go on a walk that'll help you get to know the Strand and its alleyways rather better. Discover it – venture into one of those "strange tenses".