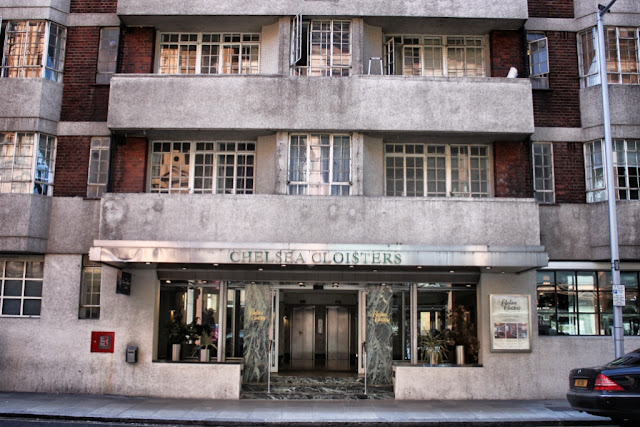 As is often the case with Pink Floyd's original songsmith, the tales of his life at Chelsea Cloisters paint a troubled picture. Legend has it that he sat in his flat for days-on-end with seven TV sets all going at once; some say he rented two apartments, one in which to live, the other to keep scores of expensive guitars, none of which he ever touched. It is said when he did touch them, it was to give them away for free.

This reclusive denouement to his London years – his life played out in his native Cambridge from about 1982 – is punctuated by sightings of a shaven-headed Syd, an overweight Syd, even Syd in drag.

He was living at Chelsea Cloisters when he turned up, bald and unrecognisable even to his former colleagues in Pink Floyd, while they worked on the Wish You Were Here album at Abbey Road. Legend has it that the track that the Floyd were working on at the time was Roger Waters' tribute to his erstwhile band mate Shine On You Crazy Diamond.

Legend has it… Some say… It is said…The story of Syd Barrett is littered with such qualifiers and we may never now separate the myth from the real story.

Syd is the cover star of the Rock'n'Roll London Comic Book Issue 1 – my comic book and self-guided Pink Floyd tour of London (see also frame above). 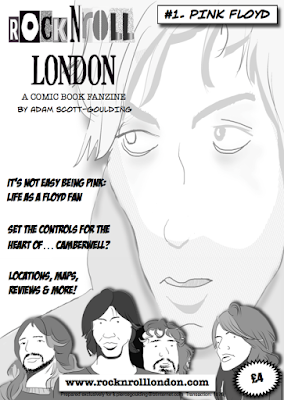 I'll be leading The Pink Floyd London Walk – in which Syd will play a major role – on Saturday September 23rd at 10.45a.m. You can book tickets via EventBrite here: www.eventbrite.co.uk/e/pink-floyds-london-a-walking-tour-tickets 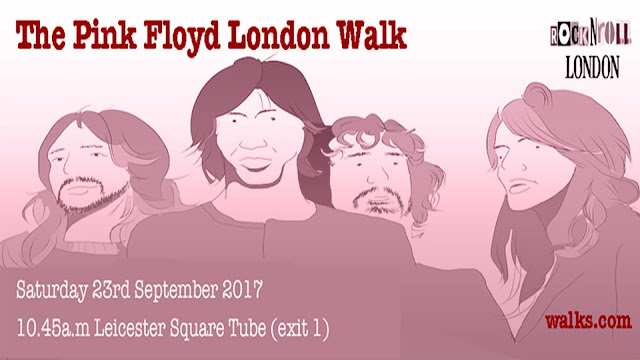