Friday Is Rock'n'Roll London Day: Which One's Pink? The Pink and The Floyd In #PinkFloyd

Ahead of the Pink Floyd London Walk on 17th June, a little bit of background listening…


Way back in '65, upon discovering that his band's name The Tea Set was already being used by another group, Syd Barrett took the name of blues singer and guitarist Pink Anderson and merged it with Floyd Council, a blues guitarist and mandolin player.


Floyd Council was born in North Carolina in 1911. No recordings exist of Council on his own, but he did record fairly often backing others, including Blind Boy Fuller – three such tracks feature on the playlist below.


Pinkney "Pink" Anderson was born in South Carolina in 1900. He began his music career by performing in the medicine show of one Dr William R. Kerr and the Indian Remedy Company. His work was recorded in the 1950s by folklorist Paul Clayton. 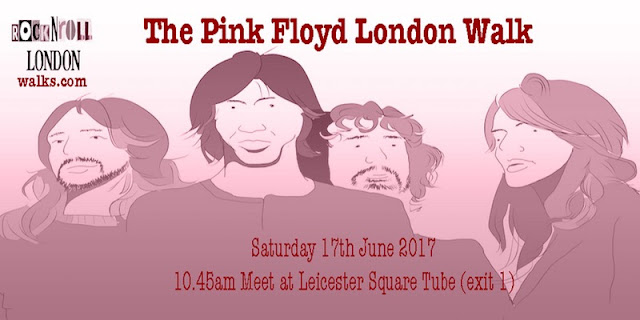 You can book ahead for the event here…

Here's a trailer for the walk…

The Rock'n'Roll London walk is the ONLY London Walk with its own dedicated comic book! Written by Rock'n'Roll London guide (and Daily Constitutional editor Adam) you can buy a print copy or download for e-reader at the London Bookstore online: londonbookstore.myshopify.com