David Tucker In Praise Of A Great Guide… 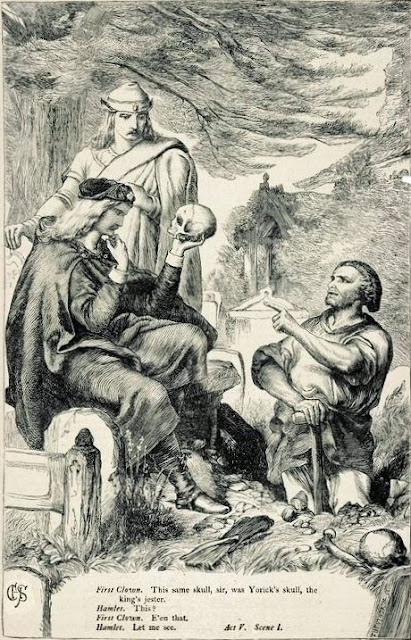 Every last one of them saying theirs are the best.

(You’d think there’d be at least one of them that would have the honesty and integrity to say they’re the second best. Indeed, they’d be on to a winner –marketing-wise – with that assertion.)

The problem for the million and twenty six is that these are matters that can be substantiated.

Thinking of him delivering some lines from Hamlet in the churchyard of St. George the Martyr – the Little Dorrit church – in Southwark. Surely germane,  that Steve’s played Hamlet. Unlike any of the million and twenty six.

St. George the Martyr shuts down at 5.30 pm. The verger and other staffers sign off and go home at 5.30 pm.

After delivering those lines from Hamlet  – including Alas, poor Yorick (complete with a skull*) – Steve and his Swiss students went into the church, into the vestry, where Little Dorrit spent the night.

How so, given that the church had locked up and gone home 90 minutes earlier?

Steve had gone along at the beginning of the week and spoken to the verger. Somehow talked him in to staying on and waiting for our walk to get there on Thursday evening, get there at about 7 pm. Wait for those Swiss kids and their teacher and their London Walks guide (and RSC actor) so they could get into the churchyard and the church and vestry after hours.

A million and twenty six saying they’re the best.

(We don’t make that hollow, pathetic, laughable boast – hardly necessary given how many quality travel professionals – travel writers and newspapers and magazines and guidebooks and broadcasters and concierges and UK public Travel Boards (let alone customers) say it about us.)

The point isn’t the thrashing whirlwinds of hot air. The point is what can be substantiated.

In this case, a London Walks guide talking the verger into staying on for a couple of hours to let our group into his church.

Now some of the million and twenty six might have done that. Might have but wouldn’t have.

Might have – but wouldn’t have – got over that hurdle.

The hurdle they wouldh’t have – couldn’t have – got over is having played Hamlet, having been a member of the Royal Shakespeare Company…

Being able to stand in that churchyard as Hamlet and bring out that skull and say, completely convincingly, “Alas, poor Yorick. I knew him Horatio.”

I know which company I’d be plumping for if I were looking to go on a London walking tour.

*It’s fun to hear Steve out on what he did with that moment. “I played Hamlet as being a little bit louche. Had a cigarette. Put the cigarette in the skull’s mouth.”

Email ThisBlogThis!Share to TwitterShare to FacebookShare to Pinterest
Labels: Shakespeare