Janet had a query about the distance covered on London Walks tours. As a keen walker she was particularly interested in the longest walk.

Well Janet, I'll put that question to my London Walks colleagues over the course of the winter and post back here when they get back to me.

Inside Covent Garden is a short one, less than a mile… 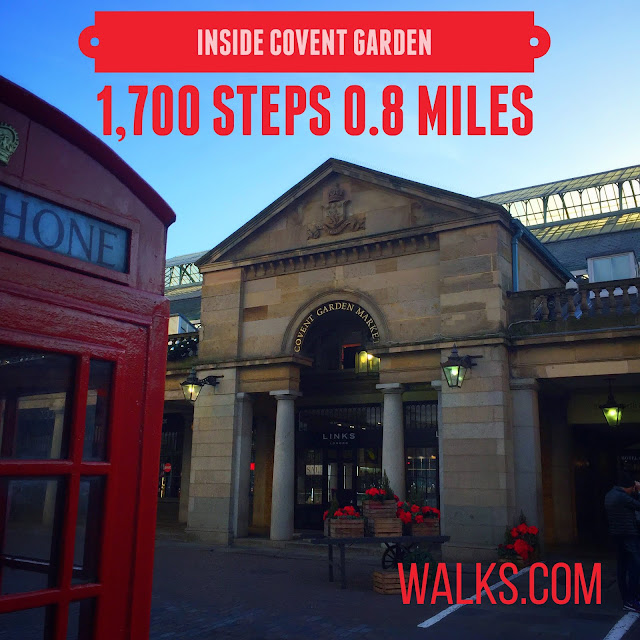 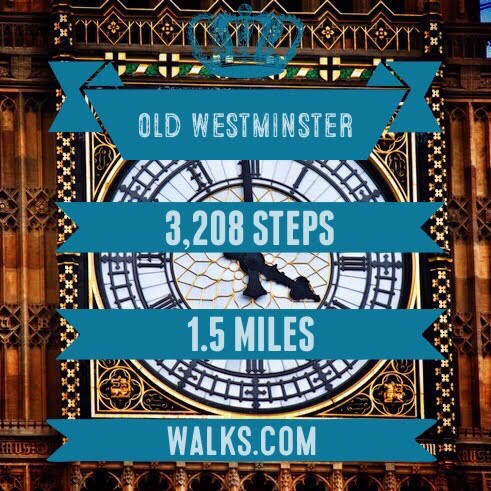 Join the Old Westminster tour on Thursdays at 2pm & Saturdays at 11am. 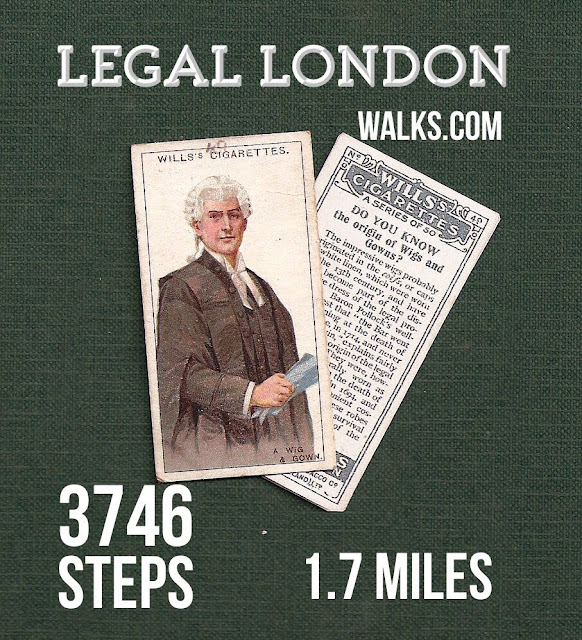 Legal London goes on Mondays and Wednesdays and Fridays. 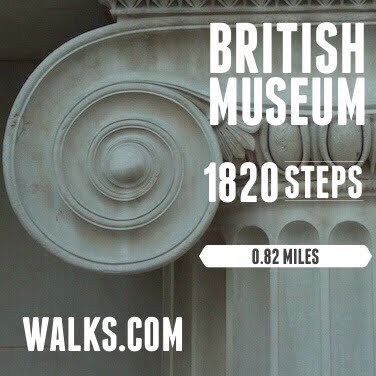 The British Museum Walk is on Wednesdays and Saturdays at 2.15pm.

A Village in Piccadilly nudges just over the mile mark… 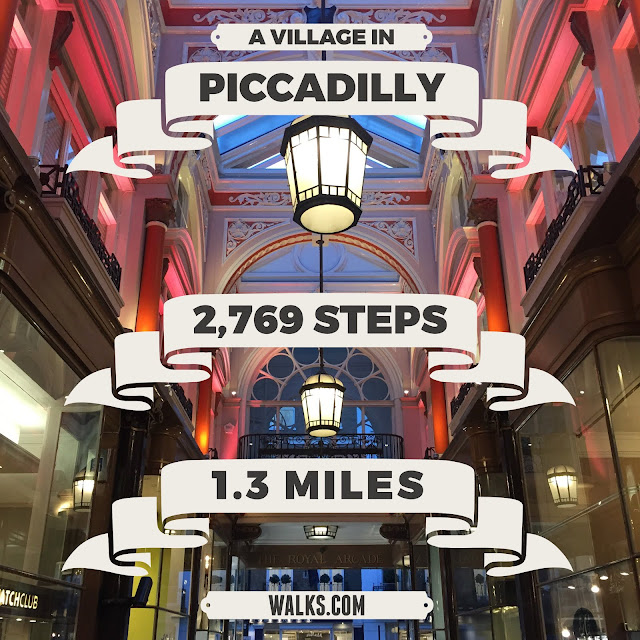 A Village in Piccadilly goes on Mondays at 2.30pm. 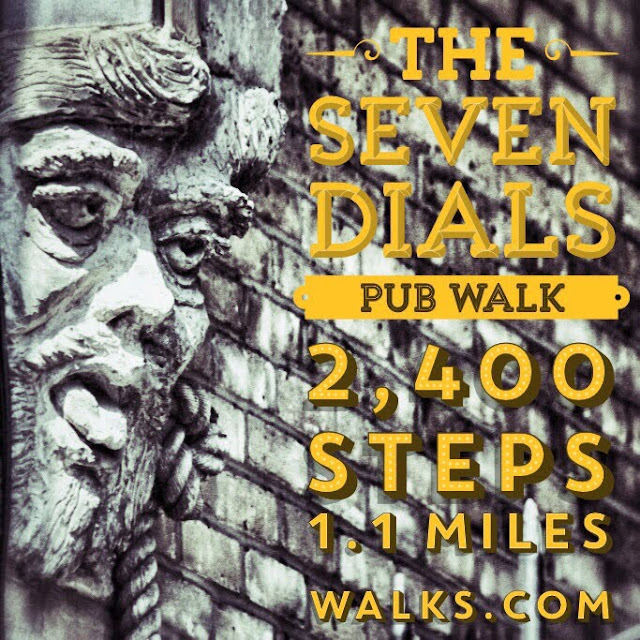 And now for three tours that NOT normally associated with fitness (!)…

Ghosts of the Old City… 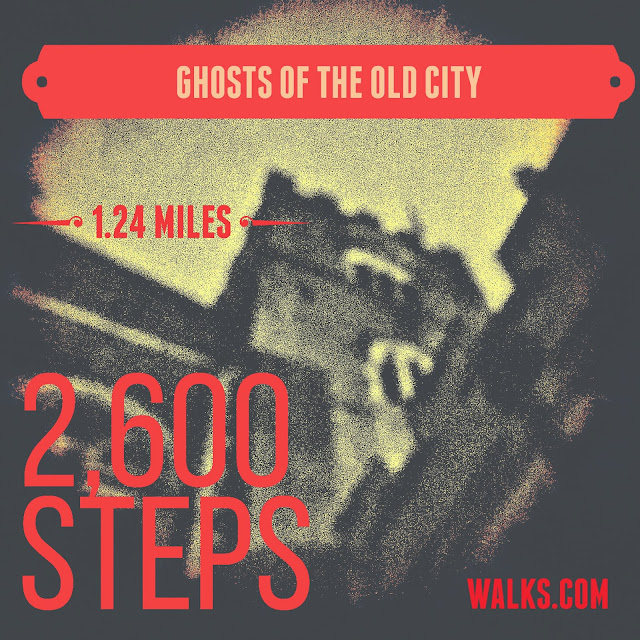 Ghosts of the Old City is on Tuesdays and Saturdays at 7.30pm. 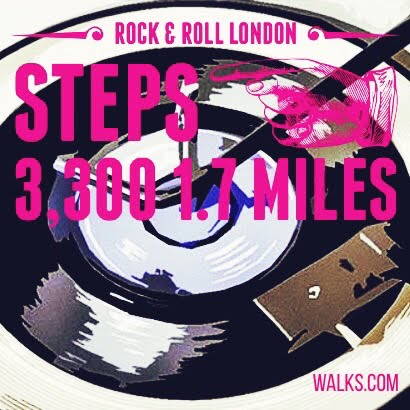 Rock'n'Roll London is on Fridays at 2pm. At 1.7 miles it's my longest London Walks tour in terms of distance but that means you can have fish & chips at Poppies in Soho after the tour safe in the knowledge that you've earned it! Click HERE for my review of Poppies

… and Jack the Ripper… 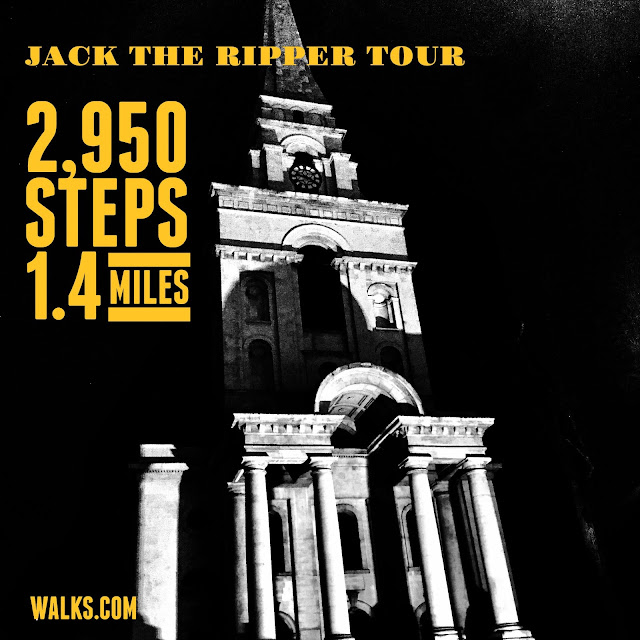 Jack the Ripper goes every night at 7.30pm. Meet at Tower Hill tube. 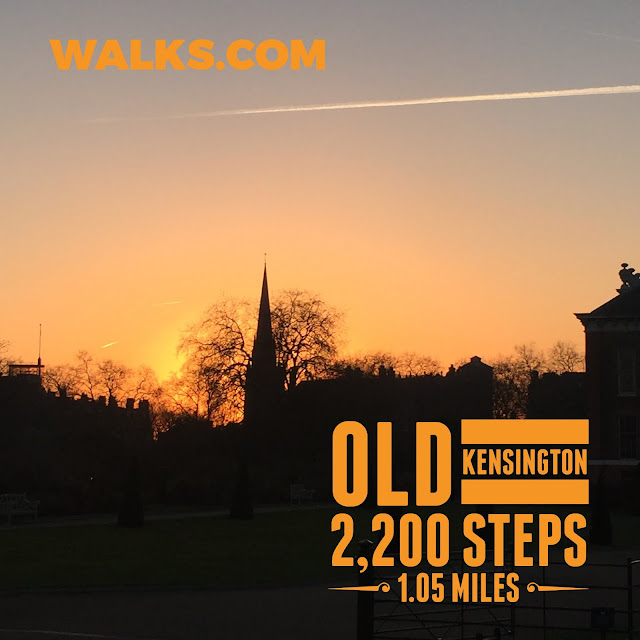 Old Kensington goes on Thursdays and Saturdays at 2pm.


Thanks for the question Janet! Hope this goes some way to being a rough guide on step counts.