In a follow-up to yesterday's post on the St Martin-in-the-Fields Christmas Appeal, David writes… 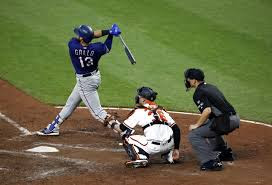 Let’s go out to the ballgame.

Yes, here in London. In December.

I wrote that piece about Dorothee and Cordelia and the brave, good, generous, side-of-the-angels work St Martin in the Fields does for homeless people in London. Work that’s been done there for almost a century.

Not going to say it. Doesn’t need to be said.

Got it? Yeah, you’re right. Almost a century and it’s still necessary. That sucks. There’s something wrong isn’t there, something rotten in the state of...

I showed you one poster - the one with the photo of Dorothea and Cordelia. I could have shown you more. The one Kerry-Jo’s in, for example. Or the one with Stuart. Or...

Or these posters. Posters that are “officially” nothing to do about “the homeless.” 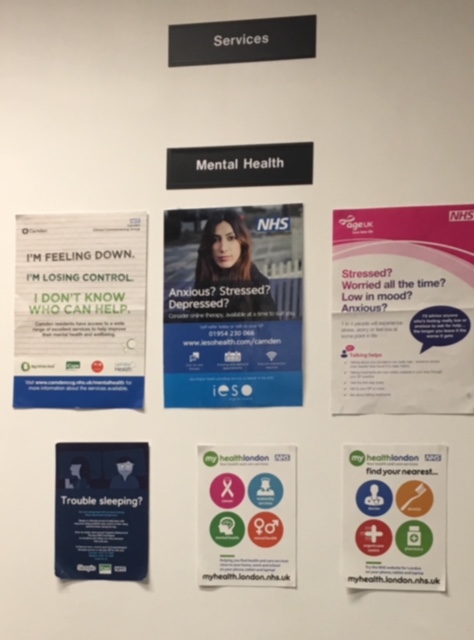 They’re on a wall in the waiting room at our GPs, our local clinic.

It’s five posters isn’t it? (For this count forget the second two - middle and right hand end - in the bottom row.)

See what they’ve got in common?

Let’s fire each of them off, like a Stalin organ.

I’M FEELING DOWN. I’M LOSING CONTROL. I DON’T KNOW WHO CAN HELP. [ALL IN CAPS]

Stressed? Worried all the time? Low in mood? Anxious?

Whaddaya mean you can’t see the fifth one?

It’s the black and white, two word, rubric one.

Think you’d have “Trouble sleeping” if you were sleeping rough?

Think you’d be “Anxious, Stressed, Depressed” if you didn’t have a roof over your head?

Think you’d be “FEELING DOWN”...Worried all the time”?

Yeah, well sure you get it.

I promised you a baseball game. One man or woman up to bat. Nine fielders. Nine guys on the other side. The person up to bat is Dorothee. Or Kerry-Jo. Or Stuart. Or...*

Opposing them - trying to get Dorothee or Kerry-Jo or Stuart out, strike them out, beat them...

Well, allow me to introduce the starting line-up for the other team. All nine of them:

Their manager? I dunno. I’m tempted to say the goddamned government.

Anyway, Dorothee’s up to bat. All by herself. She’s badly outnumbered Outnumbered by those nine creeps. Outnumbered nine to one. She’s tired. She’s hungry. She’s cold. She’s weak.

All by herself. Except she’s not. She’s got St Martin in the Fields. And there’s somebody else in the dugout. Somebody else who’s doing a slow burn - is mad as hell and not going to take this anymore - who wants to walk up to the plate and take some swings with that big bat - swing that Louisville slugger against Indifference and Not My Problem and Tough Shit and the rest of those creeps.

That somebody else is you. And me. And us.

So this is a two out in the ninth rally, a rally mounted on a wish and a prayer.

The rally - the fight back - the mad as hell and not going to take this any more - is: Go into St Martin in the Fields and tell them you’d like to give them a fiver for Connect. Or a tenner. Or the change in your pocket. It’ll make a change.

Be - maybe - the best Christmas present you’ll ever give.

*You want to get an idea of what’s going on - rip the blinders off and get an idea of the number of “discarded people” dead** in the centre of London - “discarded people” not a one of whom is an untermensch, is in any way different from you or me - go along to the soup kitchen there on the Strand - right by the Zimbabwe embassy (429 Strand) - go along there any night at about 7 pm. Go along there prepared to be shocked, horrified, dismayed, appalled, angered, enraged. It’s not half a dozen or so hungry people there. It’s an army.

Good on you. And Merry Christmas.

**resonates, doesn’t it, that word