The #London #Christmas Shopping Guide 2017: Shopping On Your @londonbeatles Tour! 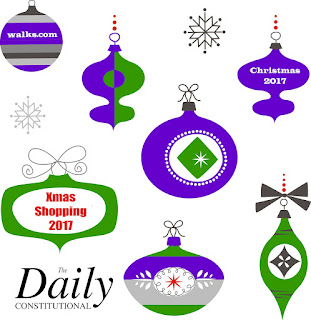 Every year the London Walks guides round-up their fave shops and stalls along (or near) the routes of their London Walks tours.

Today we've got some great advice from Beatles expert Richard. His recommendation… simply join him on his Beatles tour then, when the tour is finished, turn around and retrace your steps to find all the fancy shops you've passed on the tour.

The Beatles Magical Mystery tour can easily be substituted for the London shopping tour – we go down some of London’s most famous shopping streets, which this time of year have the best Christmas lights.

Carnaby Street was the heart of what became known as ‘Swinging London’ in the the 60s, because of its boutiques, where the likes of the Beatles, Rolling Stones, and the Kinks used to shop. 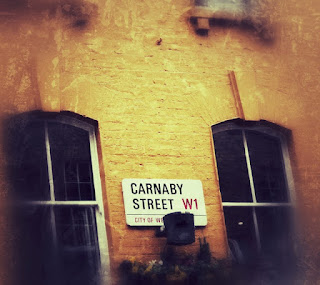 It is still very vibrant to this day, and is known for the funkiest Christmas lights in London. This year is no exception, as they are based on a Christmas carnival!

At the end of Carnaby Street we pass the amazing mock-Tudor building of Liberty’s – world famous for its fabrics. Liberty received an unexpected boost  in the 60s when the Beatles went to India. They were seen wearing Indian clothes, which became very fashionable, and sales of Liberty’s Indian fabrics rose enormously. 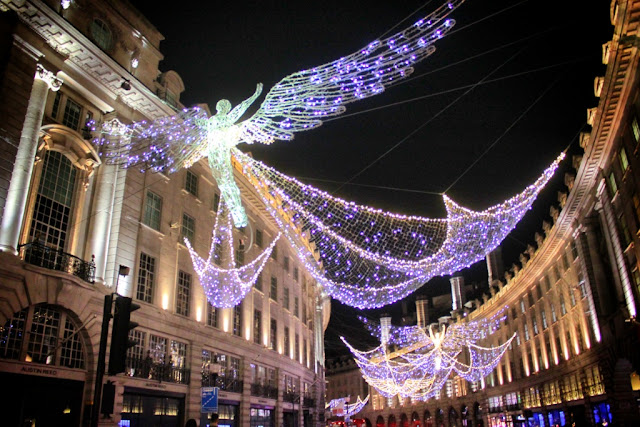 We then go down Regent Street, one of the most elegant streets in London, with many great stores, probably the highlight being Hamley’s toy shop, which has just celebrated its 250th anniversary!

If you think Regent Street is grand, wait to you see Savile Row, world famous for tailoring. Some of the shops have been on the street for 200 years, and have royal warrants, which mean they supply the royal family. This was a rather bizarre location for the Beatles’ ‘Apple’ group of companies.

While it is popular to buy suits in Savile Row, the best dressed gentleman completes his wardrobe by buying his shirts and shoes from nearby Jermyn Street, which we also visit on the tour. We then through the Piccadilly Arcade, which has some of the best Christmas decorations in London.

And there's a part two tomorrow – it's a double album!

Here's Richard in action leading one of his Beatles tours…