At the end of 2017, The Daily Constitutional's editor Adam looks back at his walking & blogging London year… 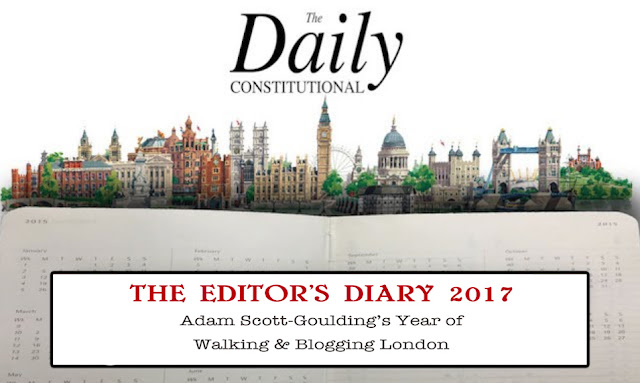 In December 2017 we finally had some proper snow here in London. First time in five years!

In November's entry (catch up with that post HERE) I mentioned the Carry On movie Carry On Up the Khyber. Well in early December my Kensington walk was made up entirely of Americans. The Carry On movies are practically unheard of in the US (unless you count the current narrative in the White House, of course) and so my enjoyable task was trying to explain what they were all about when we passed this plaque…

Highlight of my @londonwalks week: On the #Kensington walk attempting to explain the #CarryOn Movies to a group of lovely Americans in as unbiased, succinct and scholarly (!) a way as possible #LoveLondon #CarryOnMovies #OohMatron pic.twitter.com/AopwTSzkOa
— Adam Scott (@AdamScottG) December 9, 2017

(My task was made a little easier by this fella… 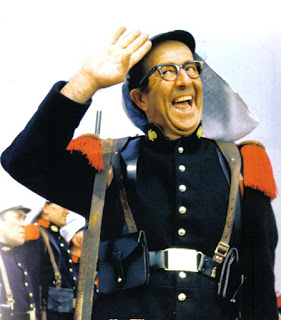 … Phil Silvers and his starring role in 1967's Carry On Follow That Camel.)


Today I’m racing around like Ray Liotta in the last reel of Goodfellas. 1st stop @Porterfords Best Butcher in London to pick up the turkey 🦃 Then off to lead my @londonwalks Rock’n’Roll London tour! pic.twitter.com/XMWXNYSmWS
— Adam Scott (@AdamScottG) December 22, 2017


Always worth the trip. Great butcher, good banter from the guys who work there. A London classic.

Over at Winter Wonderland the Euro Coaster was one of the big attractions. Will we still be allowed to ride it next Christmas?

On Christmas Eve I set off to Westminster Cathedral and on the way I captured some missing music.

The chimes of Big Ben have fallen silent due to building works (set to take four years) but over the festive season, when the construction workers were not at risk, the bells sounded out once more. For those of you who have missed them, here they are… 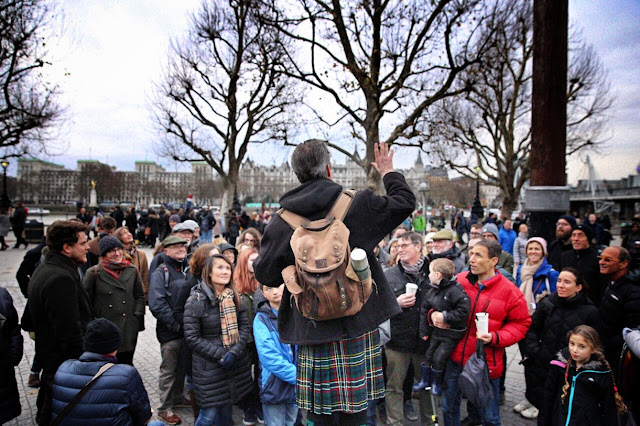 Thanks to everyone for reading The Daily Constitutional in 2017. Next year is our 10th anniversary – which ties-in rather nicely with the 50th anniversary celebrations of London Walks! I'll be sharing all the news of events and special offers here.

I'm off to get ready now to end the year exactly as I started it – by leading The Unknown East End tour for my colleague Harry Jackson who's off to the People's Republic of Liverpool (a beloved city – catch up with my Liverpool blog HERE).

See you out there in 2018 - best wishes for the Hogmanay celebrations, peace and love for 2018.