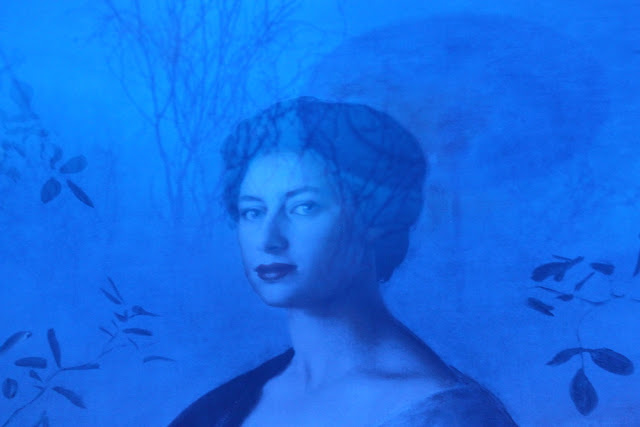 I don't guide the Rock'n'Roll London Walk (I prefer a bit of Sondheim, me) but I have been reading a bit about 60s music recently while researching the new London Walks tour based on the Netflix TV series The Crown.

(I'll be leading The Crown tour with my London Walks colleagues Jan, Delianne & Simon W in the new summer programme.)

For many, the most fascinating "character" in The Crown is Princess Margaret. In the TV version of events she is portrayed as a troubled, malcontented soul. It is a riveting portrayal by actress Vanessa Kirby.

Princess Margaret's story ran up against that of The Beatles on several occasions. She was at the Royal Command Performance in 1963 at the Prince of Wales Theatre with Lord Snowdon and the Queen Mother. The night is famed for John Lennon's onstage quip inviting the occupants of the Royal Box to "rattle yer jewellery" along to the music. 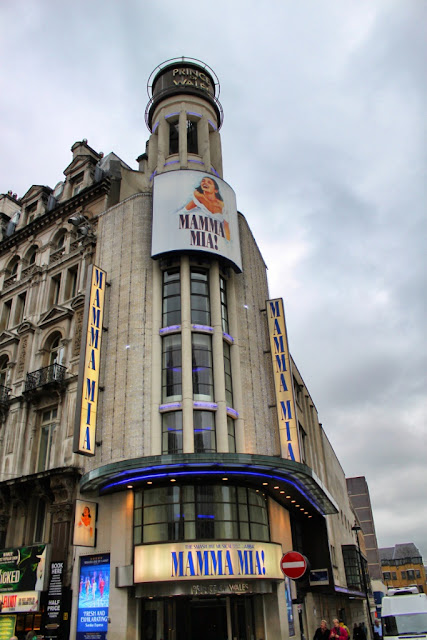 The Prince of Wales Theatre (formerly the Prince's Theatre) was renamed in 1886 for the P of W who would become King Edward VII. The current building (pictured) where The Beatles played was opened in 1937. The foundation stone was laid just over a month after the coronation of King George VI and Queen Elizabeth.

The most comedic of the meetings between Her Royal Highness and Their Fabnesses took place at The Dorchester Hotel, at the post-premiere party for the Beatles' first movie A Hard Day's Night in July of 1964. HRH and her husband were enjoying the evening greatly, but their schedule dictated only a brief stay because of another engagement.

The royal couple, however, stayed later and later, thus delaying the serving of food – it was deemed to be a breach of etiquette to serve a meal that the royal guests were unable to enjoy.

But the more they lingered, the hungrier George Harrison became.

Harrison made enquiries of the movie's producer, Walter Shenson, and was told that food would NOT be served until Princess Margaret had left the reception.

Time dragged on, and the Beatles guitarist could take no more.

According to Beatle expert (and old friend of the band from the Liverpool days) Bill Harry, Harrison approached the princess and, in a colossal, clanging breach of protocol, said, "Your Highness, we really are hungry and we can’t eat until you two go."

In Philip Norman's version of events – Shout! The True Story of The Beatles – George says, "Ma'am, we're starved and Walter says we can't eat until you leave."

With a laugh, the princess called to her husband, "Come along Tony, we're in the way!" and off they went.

Legend has it that Harrison asked Princess Margaret if she could intervene in his 1969 drugs bust for possession of marijuana – he was looking to get the charges dropped. Worth a try, George!

The scene didn't feature in The Crown on TV, but a scene in the episode entitled Beryl (Season 2, Episode 4) was used to illustrate such changing attitudes toward the royal family – and it did feature blink-and-you'll-miss-them celeb cameos. When Princess Margaret attends a bohemian party with creatives and show business types, no one stands when up when HRH is announced. Playing piano in the jazz band at the party is Dudley Moore. Dud also features in Episode 10 (I'll return to that in a later blog*).


Despite much speculation in the run-up to Season 2 of The Crown (see this article in Harpers Bazzar: www.harpersbazaar.com/culture/film-tv/a10327719/the-crown-season-2-news-date-cast-spoilers/) The Beatles have yet to feature. Season three, perhaps? If so, might I suggest Ben Whishaw for George Harrison? 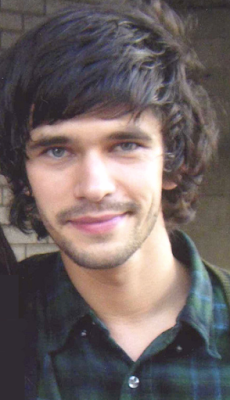 You can ask Beatle expert Richard Porter (who is leading the Rock'n'Roll London Walk this afternoon) who he thinks should play The Beatles if they do appear in The Crown!