Thursday is always my busiest day in terms of being out-and-about on London Walks business, so today was the ideal opportunity to road test my second step tracker app of the week.

Following on from Tuesday's post in which I put the Stepz app through its paces (see what I did there?!), today's test looked at StepRecorder. 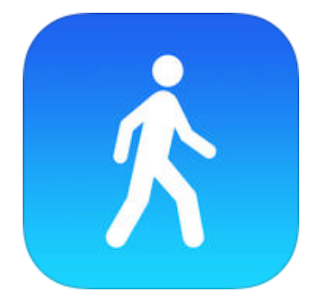 Like Stepz, this one is pretty basic but even more so. It's had some pretty dismissive reviews, but I wanted to compare apps at the basic end of the market – and this one certainly fits the bill. In fact its simplicity is its chief virtue. 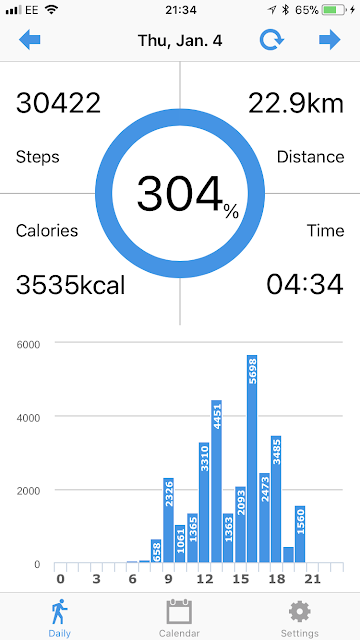 A few drawbacks, though, chief among them being the sheer battery guzzling thirst of the thing!

Every step counter app I've used eats up battery – they have to run in the background to keep track of your movements – but this one is the worst by far. I set off on a full charge this morning and by 6pm I was down to 7%. A similar usage period for the Stepz app saw a drop from 100% to around 40% over a similar period and distance.

Next is the lack of control over the settings - the app lacks a choice between metric and imperial, providing only the former. A personal foible here - I like to measure my runs in metric but my walks in olden days miles.

Also, like the Stepz app, it lacks a facility to get stats for individual, shorter walks. It runs all day or not at all.


On the Plus Side

It's a free app and the display is simple and clear.

The app's best feature is the calendar presentation, which allows you to view your walking totals as a percentage of your daily target… 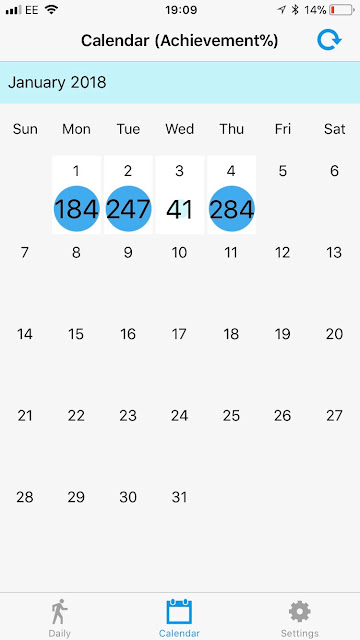 … I had mine set to the default 10,000 steps. As you can see, I had a bit of a deskbound day on Wednesday. It's a great feature, easy to read and handy for setting personal goals.

So it's a basic app. If all you want is a no-frills step counter, then that's what this is. Just make sure you can recharge during the day.

In the meantime… are you using a Step Tracker? Get in touch with your tips & recommendations or leave a comment below.