This walk is created and guided by superstar guide Karen (Travel & Leisure crowned her "the world's greatest guide"; she fronted that major Canadian television series, "London, Next Stop"; she won the Guide of the Year Award; she's the author of Royal London; well, you get the idea).

The walk's an astonishingly rich repast, ranging from the street the Guardian described as "the loveliest street in London" to bullet holes in a pub to Orwell and Keats (of course) to the Heath to an ancient skittles alley to London's second most important river to Huxley and Triffids and a great old London teaching hospital to a cafe-rich village street to ghost adverts to... well, come and see.

The South Hampstead Walk takes place at 2.30 pm on Sunday, May 20. The meeting point is just outside the exit of Belsize Park Tube. 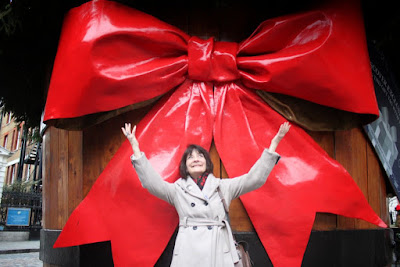