Fagin The Jew by Will Eisner

The most common question that comes up along the route of my tours is "Can you recommend a good book about this tour?" The answer is of course a resounding "Yes!" and has also been the subject of many a blog post here on The Daily Constitutional. 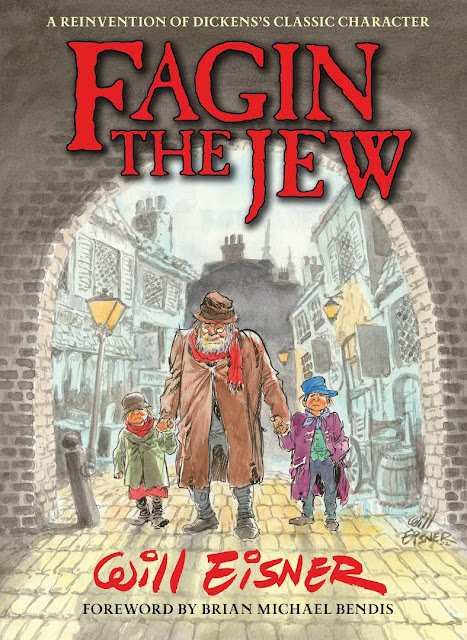 For the Unknown East End tour I've taken to recommending a graphic novel – which still raises eyebrows in some quarters. 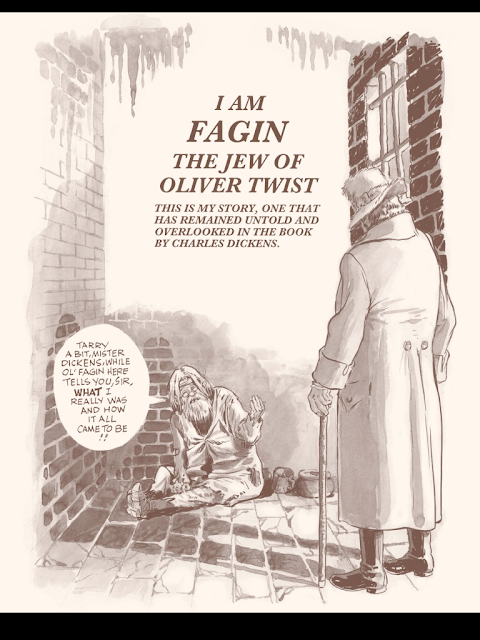 Will Eisner's 2003 work Fagin The Jew takes the form of an interview conducted by Dickens with Fagin (of Oliver Twist infamy) on the night before the latter is hanged.

The narrative is a bold confrontation of anti-Semitic stereotypes in literature and, as such, is powerful indeed. Eisner's approach reminds me of that of a method actor getting into a role: where does the character come from? How did he get to be this way?

As Fagin's journey is unfolded, we learn of the plight of the Ashkenazi Jews in London (one of the central planks of my walk on Sunday), the hardships and prejudices they endured. These, Eisner suggests, are the factors that shaped Fagin's character. The Fagin that emerges by the book's end is a far more complex individual than the villain in Dickens's original.

In encouraging us to walk a mile in another man's shoes, Eisner ends up penning a Graphic Novel not only for Fagin, nor only for the Jewish immigrant experience, but for every Londoner. If you are a Londoner who is as proud as I am of the slogan #LondonIsOpen, Eisner's Fagin the Jew is a must read.

Will Eisner (1917 - 2005) was a writer and cartoonist who is widely credited with coining and popularising the phrase Graphic Novel. His 1985 book Comics & Sequential Art hanseled the modern era of comics as vehicles capable of carrying complex and sophisticated stories worthy of critical analysis.


"Eisner is the single person most responsible for giving comics its brains."


"Will Eisner was to comics what Babe Ruth was to baseball."

Fagin the Jew is published by Dark Horse.

Ask me all about it on my tour. Meet me at 2pm Sunday 7th October, Whitechapel tube. The walk costs £10/£8 pay on the day or book now via my online shop Pay-A-Tour. Click the sign to book…