#Halloween Is Just Around The Corner


With Halloween on the way, I have been dipping into the completely excellent Penguin Guide To the Superstitions of Britain & Ireland. It's addictive stuff! 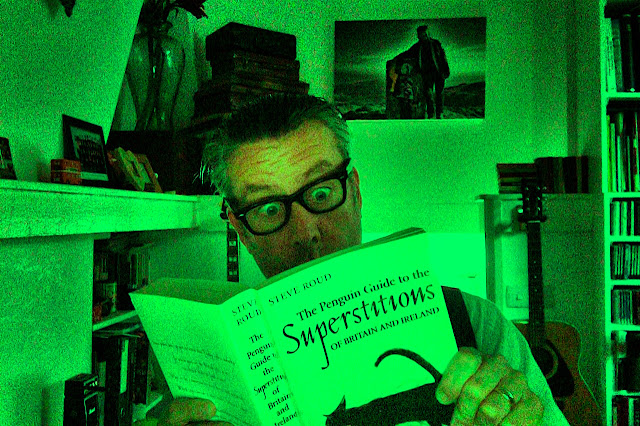 I've got a Ghosts of the Old City Tour coming up on Saturday 13th October, and so I flipped through to the entry about "unlucky 13"…


The superstition that 13 is the unlucky number stirs great passions when its origins are discussed.

Written records of the superstition go back only as far as the 19th century, but the popular belief is that it dates back to the number who sat down to the Last Supper (including Judas Iscariot). In the disputed origins of why Friday 13th is considered to be unlucky, some contend that the superstition begins with the Knights Templar.  On Friday 13th 1307, scores of French Knights Templar were arrested on the order of King Phillip V of France and subsequently tortured into confessions of heresy.  Execution duly followed.

Traveling show folk were reluctant to open fairs on Friday and some domestic servants believed that starting a new situation on a Friday would bring bad luck.

There are particular superstitions around the cutting of hair and nails. This one suggests that not only is Friday no good for nail cutting, but that a haircut on Sunday will bring ill fortune…

Friday cut and Sunday shorn
Better never have been born

Here in London, at the Savoy Grill, no table is ever set for 13 diners. Parties of 13 are treated to the company of Kaspar, the Savoy’s three-foot high alabaster cat – he is given a full place setting to stave off bad luck.

Tours costs £10 per person, £8 for students & seniors - pay on the night or book now by clicking the street sign icons below…