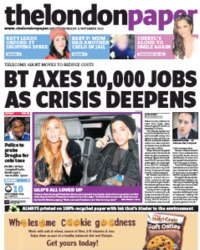 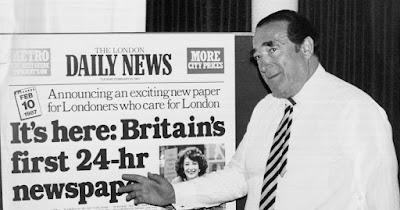 Robert Maxwell’s short-lived title (published from February to July 1987) was seen off in a price-war with Associated Newspapers and their one-two punch of Evening Standard and Evening News. In the last days of the “war”, the LDN was sold for 10p, with the EN going for 5p. Our picture shows the late, disgraced publishing magnate Maxwell posing at the paper's launch 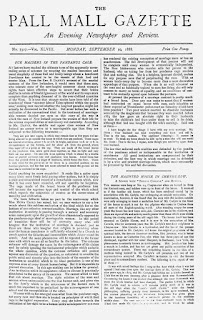 From 1865 the Pall Mall Gazette was a London evening title – George Bernard Shaw found his first journalism work in this paper. In 1923 it was subsumed into – what else? – the Evening Standard. References to the PMG are dotted throughout Sir Arthur Conan Doyle’s Sherlock Holmes stories and in H.G Wells’s The Time Machine. 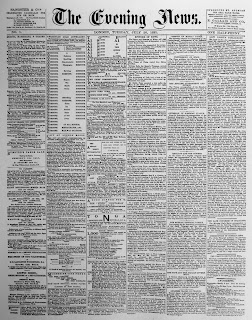 4. The Evening News
Taken over by the Evening Standard in 1980, it was brought out of mothballs to fight off competition from Robert Maxwell in 1987 (see no.2, above). The Standard’s principal rival for 99 years between 1881 and 1980.

5. The Illustrated London News
The world’s first illustrated news title was published weekly from 1842 to 1971. 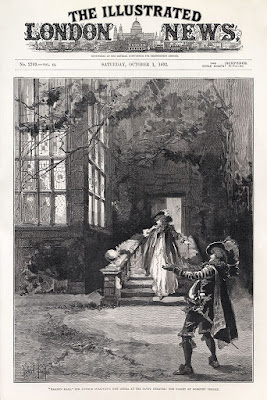 Email ThisBlogThis!Share to TwitterShare to FacebookShare to Pinterest
Labels: newspapers