I'd never seen this sign in a graveyard before yesterday, but I suppose it makes sense! 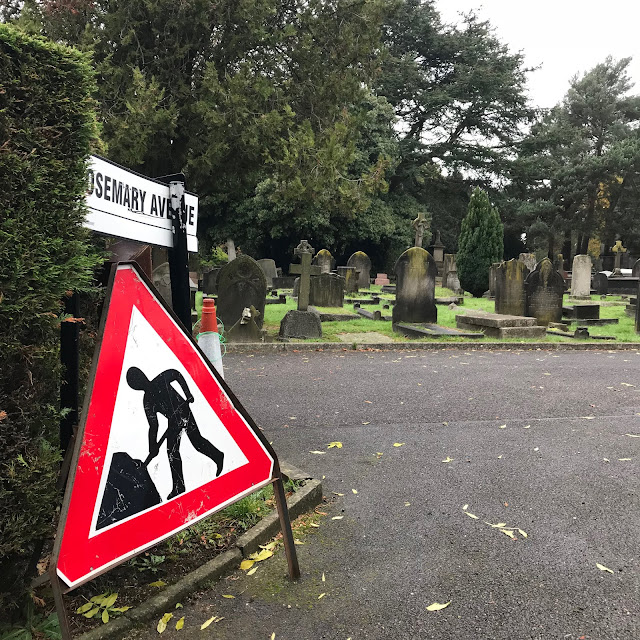 Yesterday morning I snapped a few shots on my phone as I trundled around a 5K run. The light was great and the colours extraordinary. I wish I'd had the big camera with me but, as the old saying goes, the best camera for the job is the one you've got with you when the photo pops up.

Here are a few snaps taken in East Finchley Cemetery, no filter… 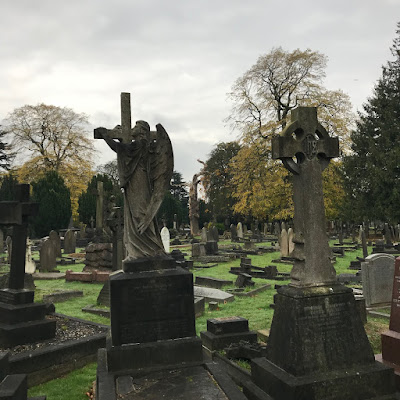 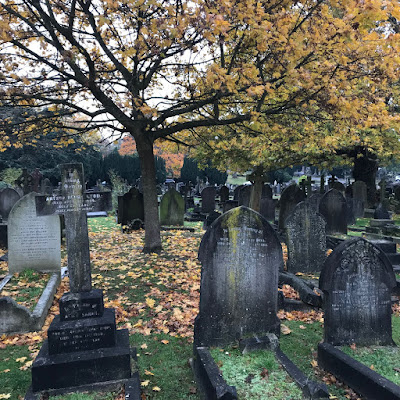 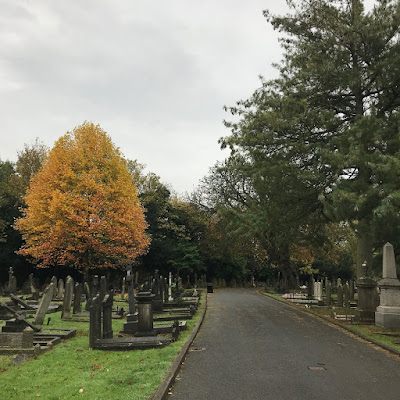 And here's the route recorded on the fun app Relive…

East Finchley Cemetery is owned by the City of Westminster (having been St Marylebone Cemetery, part of the old borough of Marylebone up to 1965) and is the final resting place of Alfred Harmsworth, the founder of the Daily Mail and William Heath Robinson the artist and cartoonist. Sidney Paget, the illustrator of the Sherlock Holmes stories is also buried here. Catch up with an earlier post on Paget HERE. 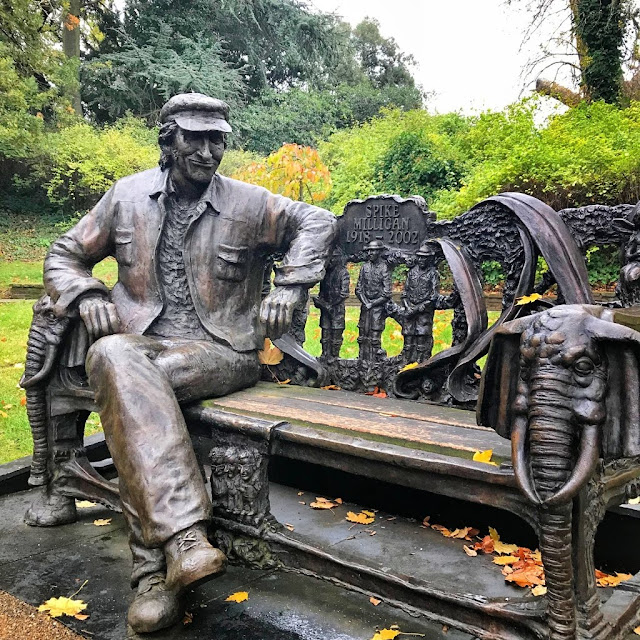 I'll return to Spike Milligan a little later in the week – on Saturday morning.