I was saddened this evening to hear the news of Stan Lee's death. The great comic book writer and creator of the Marvel Universe was 95. He'll be missed.

Back in 2016 I wrote about his then new series Lucky Man here on The DC. Here's the post in tribute to the great man – he says some super-complimentary things about London… 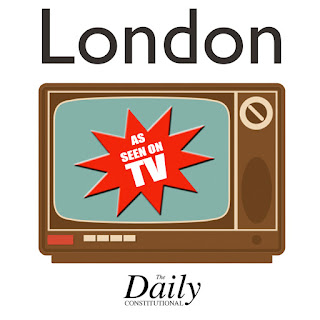 Over the years here on The Daily Constitutional I've covered London books, London movies, London songs and even London comicbooks.


As I post this, episode 3 of Lucky Man in airing on Sky1 and already I'm hooked.

James Nesbitt stars as down-on-his-luck cop D.I Harry Clayton. Separated from his barrister wife, up-to-his eyes in debt, he is a man on the edge… until he acquires the ability –  the super power if you like – to control luck. But what is the price of such a power? 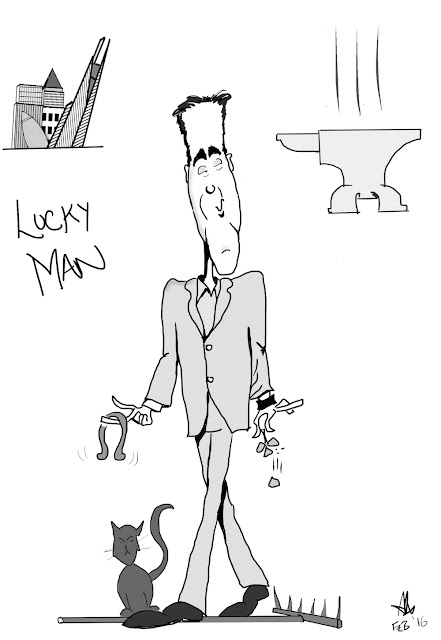 Nesbitt looks rather well in the role – as a screen actor he has grown into a kind George Clooney minus permanent tan. Always personable, his charm instantly pulls us in to his character's journey. In this he is great casting – as the plot gets wilder, Nesbitt will keep it all grounded and ensure that we stick with his character every step of the way.

I first saw Mr Nesbitt at The Bush Theatre, when it was a small space above a pub on Shepherd's Bush Green. It was 20-or-so years ago and he played Jesus (in cycling shorts and yellow lycra jersey – quite literally Christ On A Bike) in Snoo Wilson's wildly imaginative Darwin's Flood – a play set in the fevered mind of the dying Charles Darwin. The charm for which he is famed hides a great versatility - from a haunted cop with a past to an Ulster Jesus in Lycra, better call Nesbitt.

Here he is describing his character (how many London locations can you spot in this 68 second vid?)…

So? How many did you see? The video reflects London's prominent role in the show.

The creator of the show is the legendary Stan Lee, the Marvel mastermind behind Spiderman and a slew of other superheroes. Lee makes a Hitchcock-style cameo in an early episode. Talking to the Jewish News recently, Lee spoke of the London as the location for the series…

"London has everything you could want in a city that has to smack of realism and yet have an air of fantasy about it.

I’ve loved the city of London from its descriptions in the novels of Arthur Conan Doyle and having visited London myself I’ve loved the vibrancy of Soho."


Modern London – high-rise, glass tower London – features prominently. The chase scene on the River Thames (episode one) is thrilling stuff and Canary Wharf looks like something from a proper big budget Hollywood action film. The police HQ is down by the Thames (neither the Metropolitan nor City force, but a fictionalised body called simple The London Police). The alleyways around St Bartholomew-the-Great stand-in for Chinatown – although the real Chinatown is also featured and looks nothing less than hypnotic in this beautifully shot show. The Tourist Board couldn't have done a better job in making London look seductive.


The location I'm picking out here is something a little more off the beaten track – that's how we roll at London Walks. In a thrilling chase sequence in tonight's episode, Dingley Place in Clerkenwell provides the backdrop…