This week on The Daily Constitutional I'm revisiting some step-counting apps. Many of you will be using a step counter app as part of your January fitness regime. I'm out-and-about most days, up on my hind legs leading tours so here are a few road/pavement test results to help when you're trying to find the right app for you…

BIG BROTHER IS WALKING YOU

In an earlier post in this series I described a fitness app as Orwellian.

Pretty strong stuff for an easy-going blog having a bit of fun testing out step counter apps.

But my experience with the Human app was a real eye-opener and I thought it only decent to look at the downside of the fitness apps. This is a series about road testing every aspect of their performance, after all.

What was it about the Human app that made me sit up and question the whole business?

The answer is that its great strengths were its own undoing.

The Human app started to make me feel a little uneasy because it mapped – in a beautifully well-designed and accessible way – all my movements. It then stored and presented those movements - again, in a beautifully well-designed and accessible way. Anyone stealing or hacking your device has a literal map to your door PLUS a timetable of the hours when you are most commonly away from home.

When using fitness apps, be careful with the data you store in your phone. It may not be as obvious as keeping your bank pin number or Amazon password secret. But if your movements follow the same pattern over the course of a working week, do you really want to share this info in a graphic way, telling the whole world when you're out-and-about? 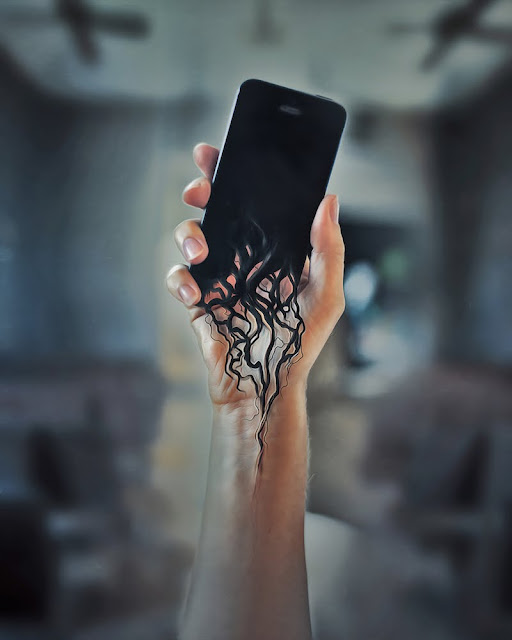 Having said that, the app was huge fun. (As I also stated in the last post, I'm canon fodder for this sort of stuff, a bit of a techy geek.)

And because I found it such fun, I was checking it all the time. And I mean… All. The. Time.

I found the Human app to be some seriously addictive tech. And thus, counter-productive. I used it for a week and when I wasn't checking it, I was showing it to anyone who would look.

I assume in my case the novelty would have worn-off eventually, but I have to wonder… how much time would I have WASTED before it did?

It's good that you've looked into getting a fitness app because it suggests you are at least curious about getting or being healthy. But don't replace one unhealthy habit (i.e. not exercising) with another (walking along looking at your phone). 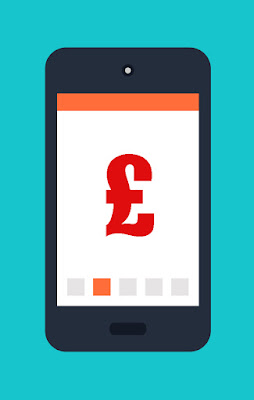 The point about novelty could be a in your favour, here. Usually, I would cite a short attention span as a bad thing. In this case, however, growing bored with a fitness app could work well for you…

App developers are not going to want to hear this, but I've got a feeling they already know. The novelty of a new fitness app is a great motivator. I have found that, every time I tried a new app I got a new lift of enthusiasm for my fitness regime.

But do you really want to keep downloading and spending on new apps?

Shop around. KNOW what you want before buying the app. Do you want a full day score for your movements? Or do you want to just measure short bursts or workouts?

As is often the case in the field of pop health, opinions vary on the actual benefits of step counters and health apps.

Try this from an article in The Daily Telegraph:

Researchers at Stanford University have found that using a pedometer can lead to significant increases in physical activity and weight loss, and improvements in blood pressure.

Versus this from The Independent:

Fitness apps might be doing more harm than good because they don't work but force people to focus on ambitious goals that they will never reach, according to a leading computer scientist.

I think it's important to end by looking at this 10,000 steps business – where did it come from?

Again, reports vary, but a common suggestion is that the figure was born in Japan in the 1960s. One source I found suggested that it was based on a survey of Japanese factory workers. Another that it was the marketing slogan of a pedometer manufacturer (Manpo-ke – literally 10,000 steps). Others yet suggest that figure is arbitrary or simply just a nice, round number.

Whatever the origin it has passed into common usage as a kind of 11th Commandment.

This one-size-fits all approach of 10,000 steps lacks any grounding in science given all the variables – height, weight, gait, age, terrain and more. So…

10,000 steps is CLEARLY a guide figure. If it motivates you to get fit, then it's all good. If you are stepping back-and-forth in the living room while watching TV at the end of the day just to hit your target, then perhaps it's time to reassess (!).

• Playing on your phone will NOT make you fitter

• If you want real fitness advice, consult your doctor

Keeping all that in mind, I think you can get fit AND have fun with these apps.

They can be great rough guides and good motivators. Just make sure the app fits your fitness regime and NOT the other way around.

Good luck to you all with your January fitness routines – with or without gadgets!

Are you using a fitness tracker of step counter? Get in touch with your recommendations by dropping me a line at the usual address or leaving a comment below.