Today I'm looking at something to put on the inside to combat winter blues. Juice.

No it's not a Juice Fast or a Juice Diet or a Juice Regime or anything else that makes tabloid columnists foam at the mouth about dangerous fads. It's just a boost to a balanced diet. 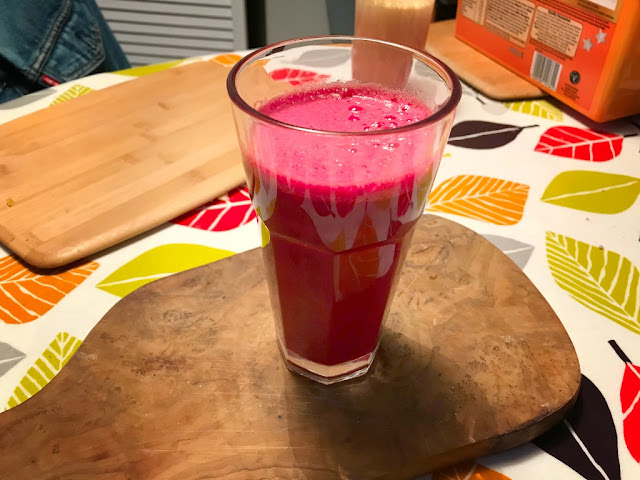 Ingredients – as above, one each of the first two and half a large sweet potato.

Method? Wash and blast all three together in a juicer.

A tip before we start: The juicer is the biggest nightmare in the whole kitchen when it comes to cleaning. There is no way around it. It's such a pain that it may well end up putting you off juicing altogether. So there, I've said it. The tip is… keep that in mind and make sure you juice on days when you've got, or can make time, otherwise it will become an extra chore.

One last negative… the noise. The bloody noise. Especially in the morning. A juicer at full tilt sounds like a construction tool. If you are juicing for a hangover, keep this in mind. 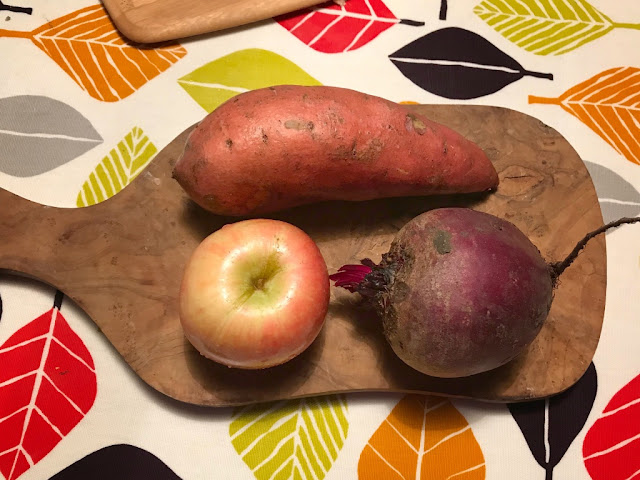 Beetroot, we are often told, is a superfood. It's a good source of iron and naturally occurring folic acid. It also contains nitrates, magnesium and other antioxidants.

As a consequence in recent years the beetroot has become the real big head at the greengrocers.

Some pretty wild claims have been made on its behalf  – most notably that it can prevent dementia. According to the NHS, the study from which that particular headline was drawn was a limited, short-term study and was ultimately inconclusive.

And a lil' bit of extra iron can't be bad.

The sweet potato is a beast of a veg. I love it.

Not very pretty but VERY effective, it reminds me of Thing out Marvel's Fantastic Four… 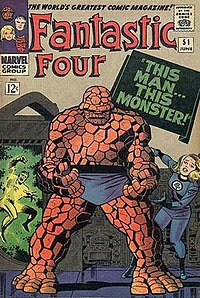 Here's the sweet potato cast list: vitamin A (in the form of beta-carotene), vitamin C, manganese, copper, antithetic acid and vitamin B6, potassium, vitamin B1, vitamin B2 and phosphorus.

It keeps the doctor away. It can make no such claims for lawyers. Maybe that old blowhard the beetroot can claim to do that? 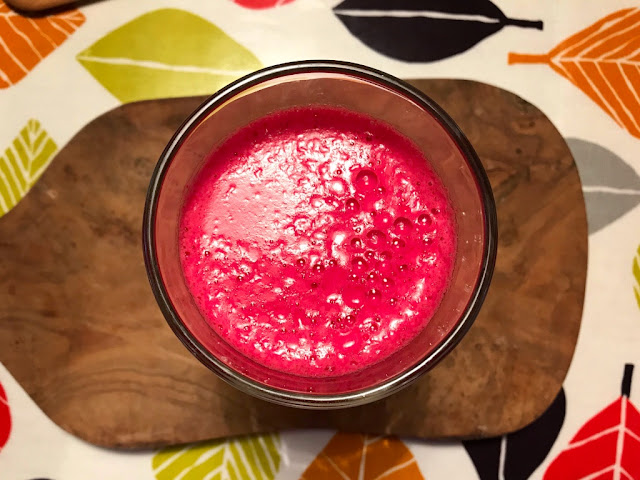 Bonus tip… if you freeze the pulp from your juice you can then add it to homemade curries. Sweet potato is an excellent curry ingredient and the beetroot adds not only its earthy flavour but a ferocious red colour to the proceedings.

Email ThisBlogThis!Share to TwitterShare to FacebookShare to Pinterest
Labels: winter