Behind Every Great Man: Women In The Story Of The Beatles

The world premiere of my new tour Divas, Rebels & Junkies: Women In Music 1722-2019 takes place on Saturday 6th July at 10:45a.m. The meeting point is Leicester Square tube (by Wyndhams Theatre) and the tour costs £10/£8 - book by clicking the button at the bottom of this post.

The tour stars everyone from Judy Garland to Peggy Seeger and Marie Lloyd. Along the way we'll also be looking at the impact of women on the story of The Beatles…


All About the Girls Who Came To Stay

How three women shaped the long and winding road of The Beatles’ creative journey through 1960s Westminster. By Adam Scott-Goulding

Pop Culture as art worthy of discussion and dissection is the child of many fathers. But what about the mothers of invention? Ladies and gentlemen, please welcome to the stage Pattie Boyd, Jane Asher and Yoko Ono.

Our first port of call is well-heeled Wimpole Street – no.57 –  W1, and a woman whose personal version of the story looks set remain untold - the actress, writer and broadcaster Jane Asher.

Jane Asher is the subject of one of the most common misconceptions among visitors who join my Beatles-themed tours. "How long was she married to Paul?" 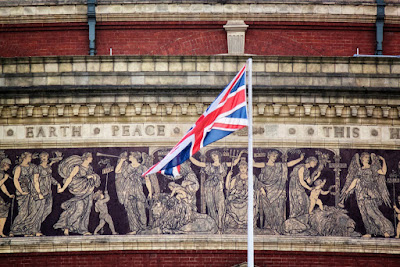 Asher and McCartney announced their engagement on Christmas Day 1967 but broke up the following year. The couple first met at the Royal Albert Hall in April 1963. Asher was there to interview the band in her capacity up as a young celebrity of the day – she was already a well-known actress in her own right.

Her influence on McCartney – he moved in to the Asher family home at Wimpole Street in 1964 – seemingly subtle at first, bursts into a veritable fireworks display of Beatle creativity by 1966.

The room he shared with Jane’s brother had a piano, and it was on this instrument that McCartney chorded-out the melody that had arrived to him in a dream - that of Yesterday, the most recorded pop song of all time. 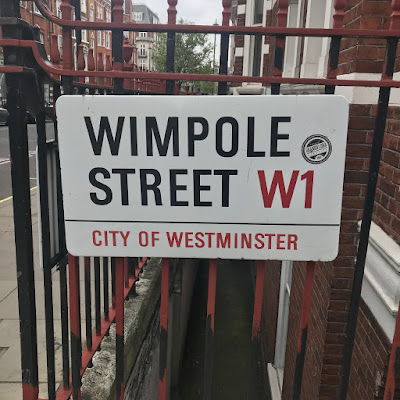 It is when he moves into the Ashers' upper middle class, artistic orbit that McCartney's talent and natural curiosity collides with the awakening counterculture and the avant garde in London.

Jane introduced him to the music of Vivaldi, a reference point he immediately brought to producer George Martin for the arrangement of 1966's Eleanor Rigby. With his mind thus opened to classical music, McCartney then took note of the Bach Trumpet (a piccolo trumpet, pitched one octave higher than a standard trumpet) in a televised broadcast of Bach’s Brandenburg Concertos (watched with Jane). He immediately pressed this new sound into service for his Penny Lane recorded in late ’66 and released in January 1967.

As for Jane Asher's own account of the period? Well it looks like we may never know. When asked about the relationship by The Daily Telegraph in 2004, she simply replied: “I've been happily married for 30-something years. It's insulting.”

“I always feel very wary including Jane in The Beatles' history,” Paul said back in 2000. “She's never gone into print about our relationship, whilst everyone on earth has sold their story. So I'd feel weird being the one to kiss and tell.

“To tell the truth,” he added, “The women at that time got sidelined. Now it would be seen as very chauvinist of us.”
George Harrison met his first wife Pattie Boyd on the set of the movie of A Hard Day's Night - on location at Marylebone Station in early 1964.

In an interview with Maureen Cleave of the Evening Standard in 1966 – Lennon's infamous “bigger than Jesus” remarks originate from the same series  – Harrison credits Boyd with “broadening his mind”.

It was Pattie, having spotted an ad in the Sunday Times, who attended an introductory lecture presented by the Maharishi Mahesh Yogi's Spiritual Regeneration Movement Foundation at Caxton Hall in August 1967. (Westminster guides and lecturers will surely enjoy the feminist resonance of a venue so associated with the Suffrage movement.)

Pattie encouraged George to join her at the Maharishi’s subsequent event at the Hilton, Park Lane. Thus begins a spiritual journey that came to define the next thirty years of George’s life – as well as the Beatles’ next album, 1968’s eponymous double album set known as The White Album.

John Lennon first met Yoko Ono at the Indica Gallery in Mason’s Yard, St James SW1. That Lennon was in attendance to view Ono’s work and not the other way around is crucial to their artistic relationship. It is the 7th November 1966 – the date is worthy of note because it’s the moment that Yoko reawakens John’s inner artist.

A creative child and an art student in the 1950s, John’s artistic journey had been derailed by a number of different factors: his own machismo, the expectations of his peers, and the rage of grief at his mother's sudden death in 1957. By 1966 he felt trapped by the expectations of The Beatles’ commercial success.

In the first flush of his affair with Yoko, his artistic sensibilities are revived and off he goes on a rampage of painting, writing, music and campaigning that takes his life and career in a whole new direction.

The fact that the leader of The Loveable Moptops gets politics, art and attitude at this point in his journey gives mainstream exposure to what had hitherto been an underground scene.

In turn, John’s voluble, born-again artistic sensibility is instrumental in turning what had been mere pop into something more substantial and long-lasting.

He may well have got there without Yoko (the same goes for Paul and George, above), but the timing would have been different and there's every chance he would have looked a mere follower rather than a leader. As the hedonistic 60s got down to the business of becoming the bleak and nihilistic 70s, John Lennon was in the vanguard of pop-as-art artistic expression. As the creative tide turned away from swinging London to New York City, Lennon found himself at the helm of the ship - and Yoko was his siren.

I’ve always felt there was an aspect something akin to magic realism in the story of The Beatles. As a storyteller and interpreter of history on my London Music Tours, I have found this magic realism to be one of the attractions for Beatles fans. But care must be taken. I believe it’s possible – with effort – to present the golden legend of the 60s in a factual, analytical and critical way without tarnishing the myth that many visitors have paid for.

To look at the story of The Fab Four from the perspective of Jane Asher, Pattie Boyd and Yoko Ono adds not only a depth to the tale, but allows the guide to shade the beloved mythology with the primary colours of social realism – the quest for sexual equality, shifting class boundaries and how the 60s moved that process forward a few more inches.

In doing so, the legend remains not only intact, but becomes something better than mere myth. It becomes history. It’s early days yet – The Beatles remain a living memory for millions the world over. But if we begin the business of finding the nuances in their legend now, The Beatles story will not only illuminate how we danced, dressed and loved in the early decades of the Second Elizabethan Age, but how we lived, learned and evolved.