The Daily Constitutional London Library No.3 The Orton Diaries

The Daily Constitutional London Library is a ten-week series combining fiction – both literary & popular – with graphic novels and non-fiction. My aim is to cover London from as many angles as possible.

Along with each book, I'll post a map to a London location featured in the book.

No.3. The Orton Diaries
By Joe Orton Edited by John Lahr 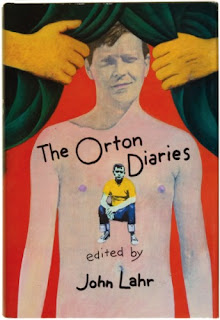 The Sixties, as any fule kno, were Swinging. Just as Victorians are always Eminent and Georgian architecture has Splendour, the Sixties, we are assured, made like a pendulum and swung in a riot of dayglo colours, miniskirts and moptops.

The inarguability of this “fact” is made all the more concrete (to borrow a solid metaphor from that oh-so-modish 60s building material) by the built-in flaw of all eye witness accounts: if you can remember the 60s, then you weren’t there.

Enter Joe Orton. From his little corner of unlovely Islington (O! How times change!) Orton chronicles his unique experience of the 1960s from three standpoints.

As a playwright (“the Oscar Wilde of welfare state gentility” as he was styled by The Observer) we follow his picaresque progress through the still staid world of the post-John Osborne British theatre establishment (the “old theatre of reassurance” that he aimed to satirise in his posthumously-produced What the Butler Saw). He wins awards, he rubs shoulders with The Beatles, chauffeur-driven cars arrive at his rented flat in Noel Road to whisk him to meetings and premieres.

His second viewpoint is of a working-class outsider from unlovely Leicester (O! How times haven’t changed!). He is teased (in one famous diary entry) by theatrical royalty in the shapes of producers Oscar Lewenstein and Michael White over a £13 fur coat bought for him by his agent, the legendary Peggy Ramsay. “I look better in cheap clothes,” Orton observed, adding, “I’m from the gutter and don’t you ever forget it because I won’t.”

His principal view is formed by his homosexuality – “de-criminalisation” the dread phrase that was supposed to herald an age of liberalism way back in 1967 informs the always devastatingly expressed cynicism of both Orton’s award-winning plays and the pages of his diary. The great John Lahr, Orton’s biographer and editor of The Orton Diaries describes Orton’s London not as Swinging but as “a soiled world of loss, isolation, ignorance.” It’s a story that is set but a few miles from the fashionable King’s Road: yet it could be in another universe.

The whole tale comes to a startling climax with Orton’s brutal murder – beaten to death with a hammer by the hand of his long-time/long-suffering partner and erstwhile literary collaborator Kenneth Halliwell on the 9th August 1967. (Theatre critic Benedict Nightingale observed a few years back in the New York Times that Orton was the first major British playwright to be murdered since Christopher Marlowe.)

“If you read this diary,” read Halliwell’s suicide note (in the best tradition of headline-grabbing, scandalous stories, Halliwell turned his canon to self-slaughter after killing Orton) “all will be revealed.” All most certainly is: in terms of debunking the myths of Swinging London, no diary/memoir does more.


In what was then deeply unfashionable Islington. A plaque marks the spot… 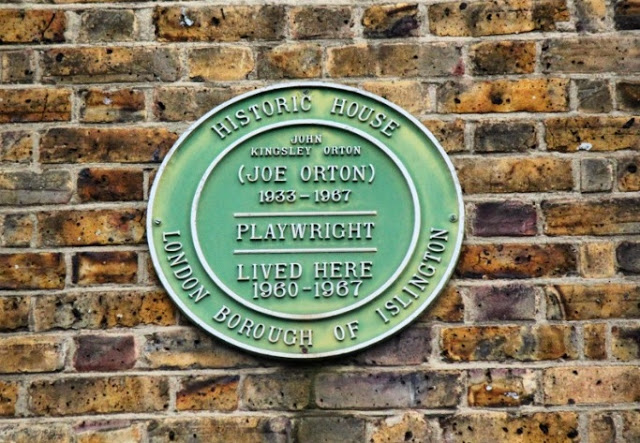 … and he's also been the subject of some Islington street art. 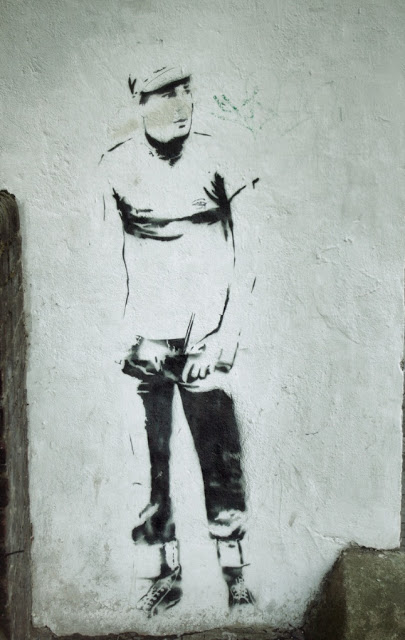