All the comic books featured so far in this series can be acquired fairly easily – I always recommend Orbital Comics in Great Newport Street. The Cartoon Museum also has an excellent bookshop.

“I’m looking for what I didn’t know I wanted” (The Daily Constitutional definition of browsing). 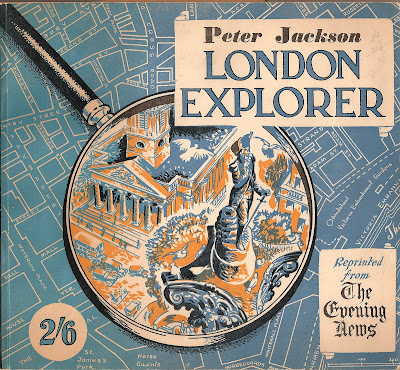 The volume I came across (at Black Gull Books in East Finchley) has no date in the flyleaf, but the accompanying London Underground map in the back has no Victoria Line so I estimate it to be some several years before 1967.

Succinct and revelatory, his drawings bring London’s history to life with a mixture fact, fable and cartoon fun touches (such as King Charles II snuggling up to Nell Gwynn and her orange on the Fleet Street section, illustrated here). 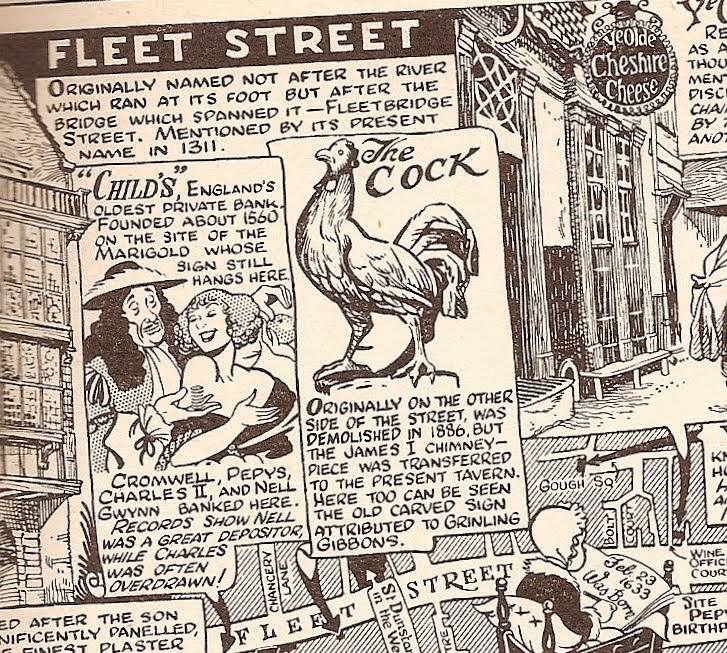