Low arrived in London in 1919 and worked as a cartoonist on The Star and The Herald (both now defunct) as well as The Guardian, but it is his stint at the London Evening Standard (1927 to 1950) for which he is best remembered.

In 1937 Nazi propaganda minister Joseph Goebbels complained to Lord Halifax (then Foreign Secretary) that Low's work was damaging diplomatic relations between Germany and Britain – and found a sympathetic ear. Herr Hitler, it seemed, could become rather cross when Low got to work.

Martin Rowson, whose work appears in The Guardian, brought it all into focus in the aftermath of that attrocity. Rowson's words, it turns out, are every bit as eloquent and economical and angry and humane as his drawings. Under the sub-heading "Mockery is hated by the powerful and despotic – which is why it must continue", he wrote…

Low is remembered with two plaques in London, one in Hampstead and one in Kensington where he lived. Here's the Kensington plaque… 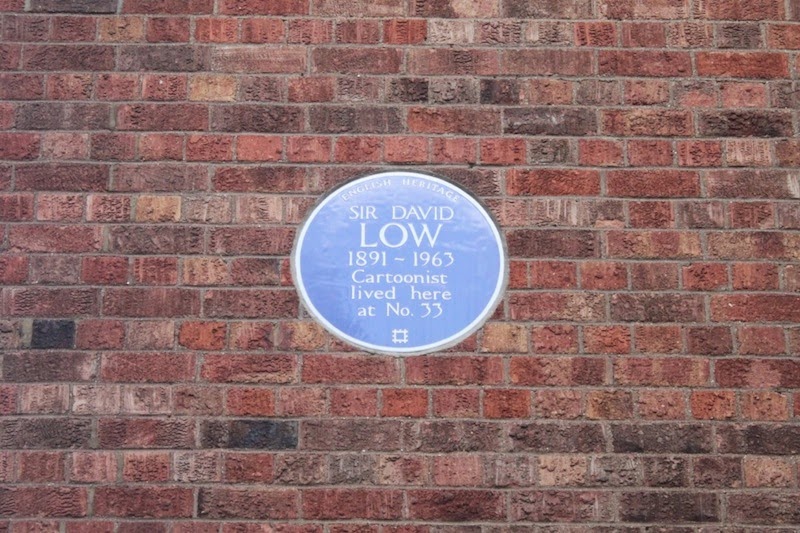 Tomorrow… The Wicked + The Divine