The Only Mulled Wine Recipe You Will Need 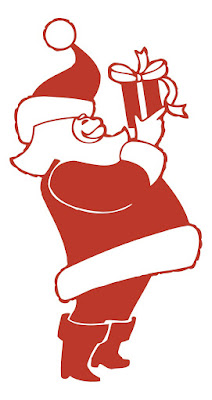 Aaaah… Christmas at Daily Constitutional Mansion. Roast nuts chesting on an open fire and all that.

And, of course, Mulled Wine.

Mulled Wine stretches back into the history of this great land when in mediaeval timeszzzzzzzzzzzzz(wake me up for the Queen’s Speech, will you?)zzzzzzzzzzz.

Before we get all Simon Schama, here, let’s cut to the chase. The verb to mull is of unknown 17th Century origin and means to heat – wine or beer  – with added sugar, spices, etc.

And this is how I do it.

This recipe serves 12, so do your own math (as our American cousins so short of an "s" like to say) for your own party.

My secret ingredient is… water.

Sacrilege? Not at all. As you peruse the ingredients you will see my cunning method of tipping the balance back to the fun side with the addition of a few liqueurs…

Heat the lot in a big ol’ pot. The house will smell delicious.

• Don’t raid the cellar for the wine. Any inexpensive wine will do, but make sure it’s full bodied. A big, chewy Cabernet Sauvignon is ideal.

• Hey kids, it’s burny hot. If you don’t have those glasses with the metal holders, put a teaspoon in the glass as the spoon will have a higher coefficient than the glass and then the glass won’t shatter when you pour and nobody’ll end up in A&E, capito? Alternatively, there is no etiquette to suggest it shouldn’t be doled out in big, warming mugs.

• Some folks like to garnish their Mulled Wine with candy canes. I am NOT “some folks”.

• Some recipes suggest baking the cloved oranges, adding fruit syrups (huh?) and all manner of shennaigans. I use the above recipe because it’s not only the best, but also the least fussy. Then there’s more time to party. Simple, really.