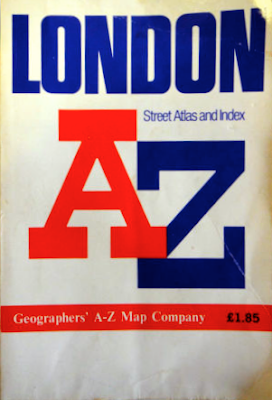 I nearly threw out my old copy of the London A-Z the other day.

I’ve bought several new copies down through the years – and I now use the digital version almost every day.

My old copy dates from the early ‘90s. The only colour in the whole book is to be found on the cover. Or what’s left of the cover, it’s been through the wars this old book.

The maps are in black and white. There is no eastern Jubilee Line beyond Charing Cross. Aldwych station is still open. Docklands is a little sparse. The O2 Centre is non-existent.

As a map of London 2020 it’s pretty much hopeless.

But it does have the route from Farringdon Station to Clerkenwell Close marked out in red biro, traced the night before I started work there nearly 30 years ago. It was in Clerkenwell that I first fell in love with London – nosing around in the cruelly fleeting freedom of glorious lunch hours in a dead end job.

The book also has the road from West Ham Station to the now-gone Upton Park marked out for my first trip to see The Hammers play football, a Wednesday night game under lights against Liverpool – along Green Street past the Launderers and Drycleaners with the deeply un-PC sign outside that reads “Don’t Kill Your Wife – Let Us Do It!”

It has the approximate location of The Old Red Lion Theatre marked in by a friend whose play I had promised to see. I didn’t make it and still feel guilty.

There are phone numbers with the dialling codes 071 and 081 scribbled throughout. A yellow travel card (zones 1-4) dating from 1992 marks the page at Wimbledon.

My personal progress across the metropolis is charted in the well-thumbed pages of the neighbourhoods that I have called home – from North Finchley to Golders Green, thence to Pimlico, South Kensington and Fitzrovia, culminating in the quantum leap from Muswell Hill in the north to glorious Forest Hill in the south.

It has a page with the corner torn out. That corner had the streets between a certain south London station with which I was unfamiliar and the house of a rather lovely girl with whom I was eager to become as familiar as possible.

I had decided that carrying the map book when calling upon her would have made me seem rather a hick, so, like some topographical St Peter, I denied any knowledge of ever needing or knowing my trusty A – Z. I tucked the torn page into my travel card wallet and set off.

The missing corner became a source of great annoyance to me over the following months. In fact it was eventually the reason that I bought my first replacement A-Z, a shiny new, all-colour affair. What became of the torn corner? I have long forgotten. What became of the lovely girl?

Reader, I married her. 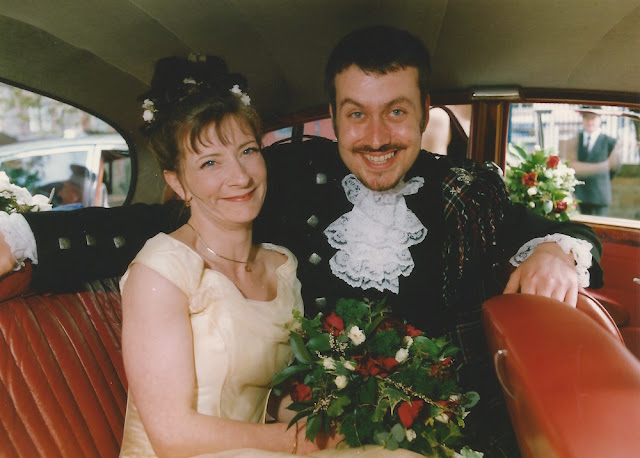 I nearly threw out my old copy of the London A-Z the other day. I decided against it.