So here's a book crammed full of them… 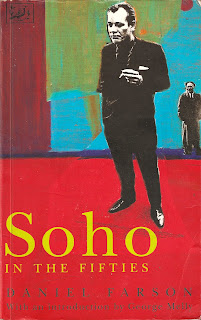 
One of the most prominent pubs mentioned in the book is The Coach & Horses. A version of that pub can be can found here, keep it in mind for when the pubs are opened again…

Too Stoned
By Andrew Loog Oldham

2 Stoned is the second volume of autobiography from the Rolling Stones manager and rock svengali Andrew Loog Oldham.

Loog Oldham was the young turk who shaped the Stones as the anti-Beatles. His first volume of autobiography – Stoned (1998) tells the tale of his youth and his meeting the self-styled World’s Greatest Rock’n’Roll Band. It is a great read.

Oldham’s tale is unique indeed. Few had such a close view of the so-called Swinging Sixties in London. And few have allowed other voices into their story. Oldham, always the radical, has no fear in this quarter.

You probably won't buy your white-haired ol’ mum a copy for Mothers’ Day. Unless, of course, her hair’s white from peroxide and she thinks sweet sherry is a breakfast wine. In which case… bring her along on the Rock’n’Roll London Walk!


Location? Regent Sounds in Denmark Street. Now a guitar shop, it was once a recording studio and it features prominently in the book…