Following on from yesterday's love letter to the Monopoly board, here's just one small complaint…

I'm a bit of a Monopoly fan, me. We have three sets in our house - one London board, one Atlantic City board and a travel set.

On another day I'll blog about the joys of Double Board Monopoly - which combines the English & U.S boards to more than double the fun… and the bad feeling!

We picked up the travel set at the airport a few years ago. It's called Grab & Go Monopoly. And an economical (no pun intended) little thing it is, too. The board folds out and doubles as a box for the tiny money and title deeds. 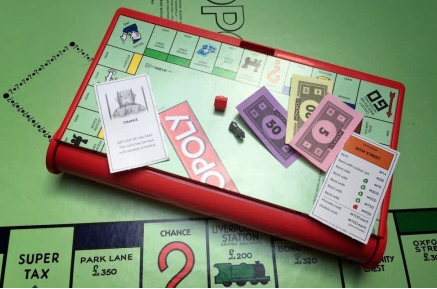 One complaint, however. There is no top hat.

When playing Monopoly I ALWAYS go the top hat. 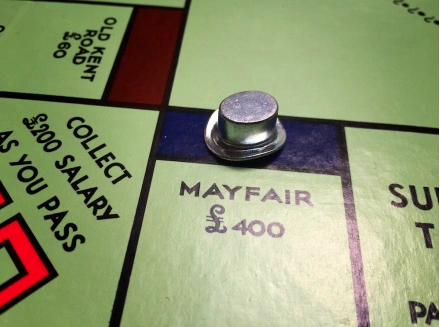 If someone should beat me to the top hat I will go to my threefold Plan B – the first part of which is never to speak again, for as long as I live, to the person who has taken MY top hat.

Part two of Plan B is to go the thimble – it is at least associated with style and the rag trade and therefore second-best to the top hat. 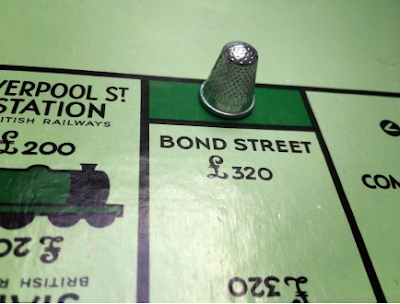 If someone has taken the thimble, I take a deep breath, make a mental alteration to my Christmas card list, and plump for Plan B Part three: the iron. Once again, it is a faintly clobber-related piece. 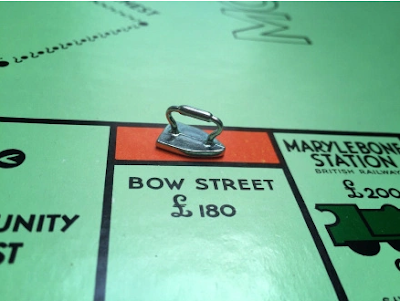 (What, you might ask, if the iron has been taken? Well I would imagine that things would take a bit of a Cleudo turn at this point, only with no mystery: the murderer would be me, the location the bank with the murder weapon being the pointy end of a toy plastic hotel. What a way to go.)

Not only is the top hat absent from the playing pieces in Grab And Go Monopoly… But there is no thimble… Nor is there an iron.

And so it was with a heavy heart that I went on to dominate the holiday games with the Scottie Dog as my playing piece. The Scottie Dog! I ask you…

I won with my trademark bad grace, thus besmirching much of the holiday with Monopoly-bred resentment and bad feeling and I had a thoroughly wonderful time.

But despite this upside, my heart remained heavy. Is it emblematic of the 21st century’s slipping standards of style that the top hat or indeed anything related to fine tailoring no longer plays a part in the game of Monopoly?

Dear Mr Waddington or Mr Hasbro (or Mr Parker in the U.S) if you are reading this, please can we have the top hat reinstated to the Grab & Go edition of your wonderful board game? I believe the stylish future of the nation – if not the world – depends on it.

Email ThisBlogThis!Share to TwitterShare to FacebookShare to Pinterest
Labels: board games, Monopoly