These Boots Were Made For Walking (Tours)

Boots and shoes as recommended by the London Walks guides…

#1. Adam writes… “Doctor Martens for me. A famous name, a GREAT design, a British-ISH classic. Docs remain the perfect shoe for a man in early middle age still keen to create the illusion of rebelliousness…

I rotate three pairs. The black pair look great paired with a suit, while the green and the oxblood (or cherry) pairs are ideal with a kilt. Comfy? Practical? These are my “Three London Walks-a-Day” shoes – six hours of London Walking and they still feel like Jermyn Street slippers.”

My daughter likes ’em, too… 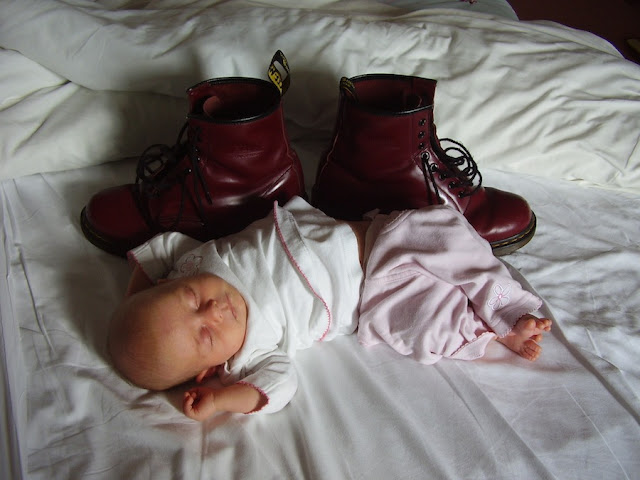 Adam:  journalist, author and part-time musician, spends much of his time endeavouring to live up to his countryman J.M. Barrie's famous remark: "There are few more impressive sights in the world than a Scotsman on the make." He is the editor of The Daily Constitutional.

Flip flops are the most dangerous things on this planet. Never mind weapons of mass destruction. These are evil killers. For the adventurous maybe on the beach where there is sand to break your fall, but walking around on the streets of London? No, no, no. Even if your are Australian with a hangover.

Richard III, scion of a Lord Mayor of London,  is a writer, actor, director and stand-up comic. And the only London Walks guide to have addressed the United Nations!

#3. Andy Rashleigh, the East End’s finest, gives us the lowdown on his chosen walking tour footwear…

Winter and wet – North Face Vibram which I bought in Basingstoke during the snows the winter before last and have seen me through 18 months almost daily walking. They are beginning to split at the seams, the tread is going and I occasionally slip on wet paving slabs, but I'll be sad when I have to say good bye.

Summer and dry – Keen walking sandals WITHOUT socks. Three years old, they have also been with me in the Trossachs, Tuscany and the Jurassic Coast. Once more the seams and tread are on their way out but I'm holding on until the summer sales start.

The Editor adds: Here is a pic of some Keen sandals… 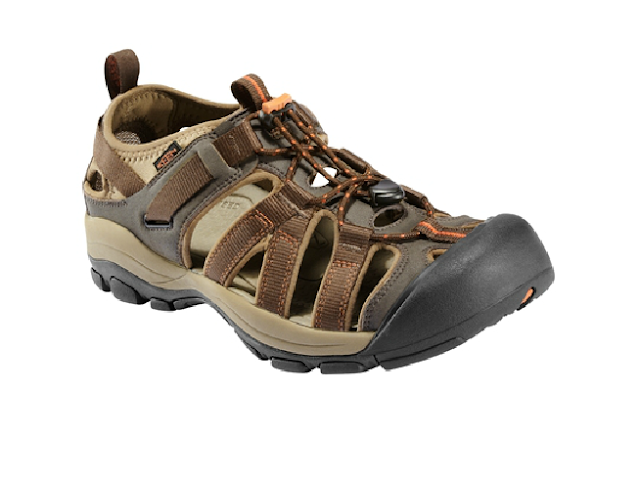 …and here’s another of some socks… 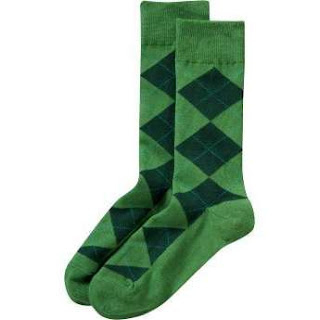 We’ve kept them apart in our pictures and, as Andy so rightly suggests, one should also keep ‘em apart in public. What you do in your own home is another matter and none of our business. But please, gents, not in respectable society. Thanks.

Andy
Andy crewed yachts in the Caribbean, was held at gunpoint in Haiti and delivered cars across the USA. He's a grizzled old actor/playwright with a wealth of experience, knowledge, unbeatable London stories and a deep love of his native city.

You can join him on the following London Walks: Literary Bloomsbury, Westminster at War, The Olympic Walk, London’s Secret Village and The Blitz.

We’re pleased to welcome Fitflops to the ranks of our favourite shoes. Not least because the word "Microwobbleboard™" really cheers us up. 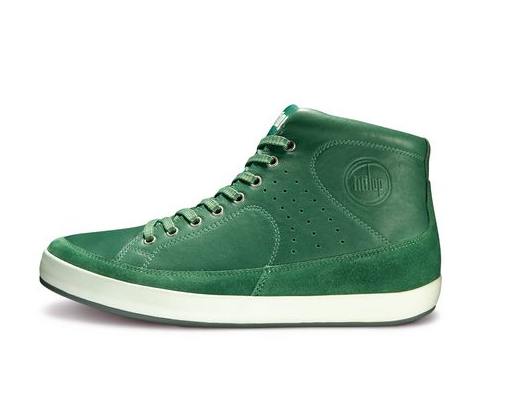 “Fitflops lace ups. The most comfortable shoes I have ever had. Got my first pair from Boots, loved them so much I bought a second pair from Soletrader. They help your posture, give your muscles a work out, and have thick soles that put a spring in your step.”

Not that Isobel ever went WITHOUT a spring in her step, of course. It’s just that the shoes help a little bit.

Now, here comes the science (from the Fitflops website):

“FitFlop™ sandals were first created in 2007, after Dr David Cook and Darren James – both biomechanists at London South Bank University – collaborated with Marcia Kilgore (businesswoman and busy mum) to create the world’s first muscle-activating flip flop… FitFlop footwear features a patent-pending Microwobbleboard™ midsole which can help increase the time that your muscles are engaged every single time you take a step.”

Isobel
Isobel is an artist, journalist, linguist, prize-winning Blue Badge Guide and London Walks' token aristocrat. One of her ancestors introduced the waltz to this country.

Watch out for her Rep Walk PAST PRESERVED - Nooks, Crannies & Flickering Shadows in Charlie Chaplin's London


#5. Part five in our round-up of the best shoes for walking sees Robert, Director of the Brunel Museum and leader of the Brunel’s Thames Tunnel walk every Tuesday, achieve what we’d thought impossible: to blog about Isambard Kingdom Brunel’s boots while ignoring his most obvious sartorial feature altogether. Which is why he’s such a good guide, o’course…

“Brunel our most famous engineer wore muddy boots to clamber through his Thames Tunnel at Rotherhithe, and also to launch his steamship, the Great Eastern, at Millwall. The iconic photograph in front of the chains proves it: in those days heavy engineering requires heavy footwear…

‘Brunel Walks on Water and Underwater’ (Rep tours Saturdays) visits both sites, but there is no mud involved. ‘Brunel’s Thames Tunnel’ (every Sunday & Tuesday) descends into the void by narrow staircase, but water and methane are now quite gone.

For short walks along the Thames, we think like engineers but walk like sailors. Comfortable deck shoes are quite sufficient for the job in hand.”

Robert
Robert is allowed to drive sheep across London Bridge. An Oxford graduate, he's an actor, museum director, author and holder of the Freedom. Let alone the first person since Brunel to organise an underwater fair.

“Got to be MBTs.  Another London Walks guide - Simon - put me on to these a few years ago and I haven't regretted it.  I've also spotted other guides wearing them so there may be a few votes for these.

They are a bit weird when you first encounter them as they have a curved sole and here is the advantage.  As you can't stand still but are always readjusting your balance they don't allow your back muscles to seize up when you stop - which is what we do a lot, start, walk and then stop over and over again so our poor muscles are never quite sure what we are supposed to be doing.  The other good thing is that they have a very thick, spongy sole that really cushions the shock from walking on our hard London pavements every day.  Some time ago I took to wearing a stepometer to ensure that I did the necessary 10,000 steps a day to keep healthy and discovered that on a 2 walk day I'm completing between 22,000 and 26,000 steps a day - so my poor feet need a break!

They are quite expensive but I look for them introducing new styles - which they seem to do every year - and then they sell the old stock off a bit cheaper.  Major disadvantage?  They are totally "uncool" and when you have a style-conscious teenager (my15-year-old son!) there is a bit of persuasion involved in getting them to accept you can wear them out in public.

Check me out wearing them – in need of a new pair at the moment so not in the best condition – on a visit to Bletchley Park or any of my London Walks.”

For more on that Bletchley Park trip CLICK HERE.

Thanks Kim – comprehensive, scientific, enlightening… and we loved the appeal for new shoes ("in need of a new pair at the moment" indeed). If any Daily Constitutionalists can help poor old Kim out with a pair of new shoes, the best way is to join the aforementioned Bletchley trip…

Kim
Kim, who has worked in the House of Commons and the European Parliament, is another 24-carat Blue Badge Guide: she won the London Tourist Board's Guide of the Year award in 2001.

“I've tended to go for Clarks walking shoes which have a sole over a centimetre (half an inch) thick – which means they're not bothered by small puddles.

Extremely rarely, in winter, I've dusted off a pair of hiking boots (with treads suitable for snow and ice).”

Aileen, Andrew, Mike G., Peter, Richard, Roger and Sara all have many years" experience of the inland waterways and have explored them extensively by narrowboat (and, in Roger's case, canoe). They're all active members of the Inland Waterways Association, which works in partnership with us to provide the towpath walks in the London Walks programme.

#8. Corinna weighs in with recommendations for both shoes AND medical treatment. Nothing if not thorough, the London Walks Guide…

“I swear by Hotter mail order shoes, they do half sizes, look nice and are very comfortable. Also podiatry on the NHS!”

Corinna is a treasurably barking – and ferociously intelligent – Cambridge bluestocking. She's the only well known Royal National Theatre actress who's also a psychrolute!* Most recently she starred in the hit West End play, Copenhagen. She's been known to throw in a song or two on her walks but she leaves her cello at home. Anything else? Yes, she's also a professionally qualified London Guide. *Every single morning of the year. With the ducks. In a Hampstead pond.

“Fitflops are brilliant for summer and they have extended into winter shoes and boots. Highly recommended.”

For more on the Harry Potter Walks click HERE.

#10. Noel in the London Walks office puts in his twopenn’orth…

And he does, it’s no lie. In fact, we know here he shops for ‘em – with our Kensington chums Hornets, that’s where. You can read their blog HERE. Look out for this shop along the route of the Kensington Walk. 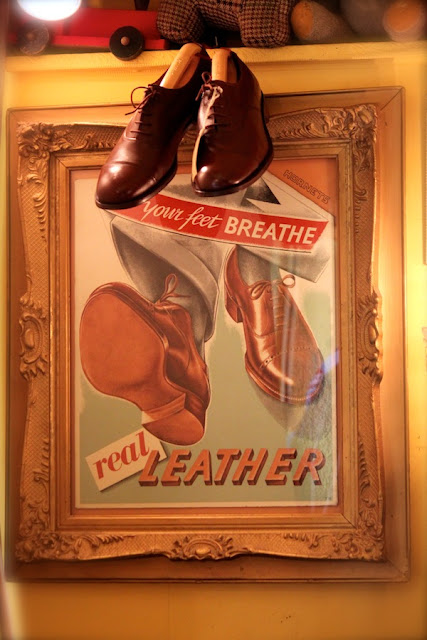 
“Keen sandals. I am convinced they are similar to what Roman legionaries wore – without the hobnails – but they are extremely comfortable, rugged and last for ever.”

Kevin is one of two only top flight, professional archaeologists on the team. He is a former Museum of London Archaeologist and a leading authority on the archaeology of London. He's also an author and a museum curator.

Part 12 of our series on great shoes for walking tours sees Dr Fiona Haughey weigh in with tips for good and SAFE shoes for her Beachcombing Walks. She’s looking after your best interests here. And that’s just the way we roll, here at The D.C. Over to the good Doctor… 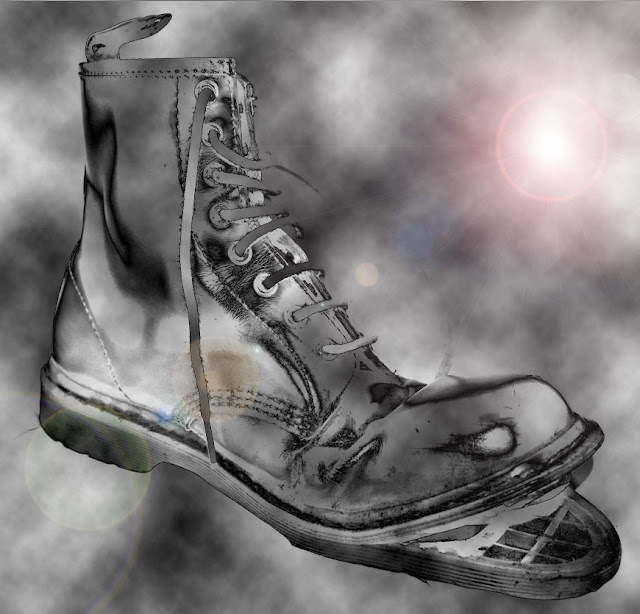 This isn't a plug for a particular make of footgear but rather a particular type!  On the LW programme it talks about sensible shoes for the beachcombing walks but people do seem to get confused. They either turn up in jelly shoes/flipflops/crocs (the thinking apparently is that when their feet get muddy, it is easier to clean then if they are in such footgear) or heavy wellies.

Now I totally understand the wellies, but the Thames foreshore is filled with glass/metals and seriously uneven surfaces (cobbles/bricks/wooden structural remains) and so you do need to ideally wear something that covers and protects your foot.

The stretch of river we go down on rarely has any sort of mud.  There is periodically a thin layer of silt over a small part of that site and/or on a few of the steps we go down. This silt is literally paper-thin and presents no hassle or barrier to walking across it.  I wear either trainers or boots and these are both fine. The really heavy Thames mud can be very dangerous but I don't ever take people onto sites with that particular hazard!

The next Thames Beachcombing Walk is on the 22nd September at noon (meet at Mansion House Station, exit 1). Click HERE for the full schedule.

Fiona H. conducts our Thames beachcombing walks. An Inter-tidal Aracheologist (and Archaeological illustrator), she's a leading authority on the Thames foreshore. (She's also excavated in many near Eastern and central European countries. Given papers all over the world...well, you get the idea.) And she's a Super Mum - six children! In her "spare" time she spins.